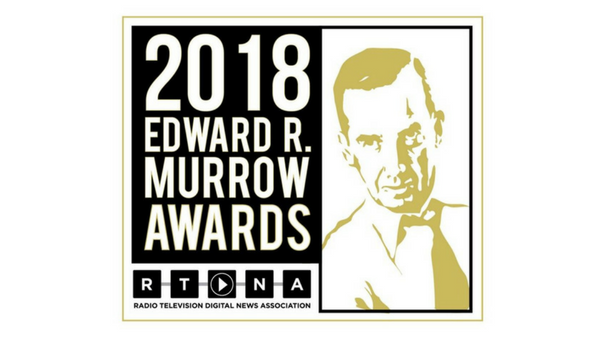 (Harrisburg) — On Edward R. Murrow’s 110th birthday, WITF has been recognized by the Radio Television Digital News Association with a station-record 11 regional awards that bear his name. It’s the second-highest total in the country, one behind public station WBUR in Boston. It tops WITF’s previous mark of seven (2015 and 2017).

RTDNA chose today’s date to announce the recipients of its Regional Edward R. Murrow Awards for excellence in broadcast and online journalism in tribute to the legendary journalist. The honors are among the profession’s most prestigious, and celebrate news organizations that demonstrate the spirit of excellence that Murrow set as a standard for the profession. It’s the eighth year in a row WITF has netted at least a half dozen regional honors from RTDNA and the 12th in a row it has been honored with at least one regional Murrow.

“This year’s remarkable 11 regional Murrow awards honor the work of our news team in so many categories and skills,” WITF’s CEO Kathleen Pavelko said. “I am proud of each of them and how they tell the stories important to our region, our state and the nation.”

WITF journalists have been recognized in the following categories:

“Each year RTDNA is proud to honor the very best in broadcast and digital journalism through the Edward R. Murrow Awards and, by extension, highlight to the public why outstanding responsible journalism is essential to their daily lives,” said Dan Shelley, RTDNA Executive Director.

In order to be awarded an Overall Excellence honor, a news organization must exemplify the highest standards in serving its audience through quality electronic journalism. It’s the fifth time since 2009 that the entire WITF news department has been recognized in this category. WITF has been the recipient of the Regional Edward R. Murrow Award for News Series for 10 years in a row and Excellence in Sound for five years straight.

“WITF covers difficult and complex topics and we take a long lead approach to following the people most impacted by the issues,” said Cara Williams Fry, WITF’s Chief Content Officer. “Many of these awards were on our coverage of the opioid crisis, the juvenile justice system and Vietnam — all stories we covered in-depth and from many perspectives for more than a year. Our news team led by Tim Lambert, WITF’s Multimedia News Director, has demonstrated quality journalism day in and day out on these topics with care, passion and creativity. It is a wonderful team of hard-working journalists who work really well together, care about our communities and each other.”

A year after playing a key role in President Donald Trump’s election, Pennsylvania again found itself in the midst of issues playing out on the national stage — from immigration to pipeline protests to redistricting to the future of the Affordable Care Act. WITF’s journalists worked to find the proper context, perspectives and underreported elements in each story, while staying true to the facts.

Their work ranged from everyday developments recognized by RTDNA, such as a major winter storm in March 2017, and lighter, thoughtful fare, like Joe Ulrich’s profile of the Lancaster band Olds and the Absolution (honored for Excellence in Sound). But WITF also devoted resources to dig deeper, as when StateImpact Pennsylvania‘s Marie Cusick collaborated with the Center for Public Integrity to investigate the pipeline boom. That effort received the Investigative Reporting Regional Murrow.

“The rapid growth of the nation’s natural gas pipeline network is affecting a lot of people,” Cusick said. “I was honored to work with the talented team at the Center for Public Integrity to investigate how federal regulators are handling the building boom.” 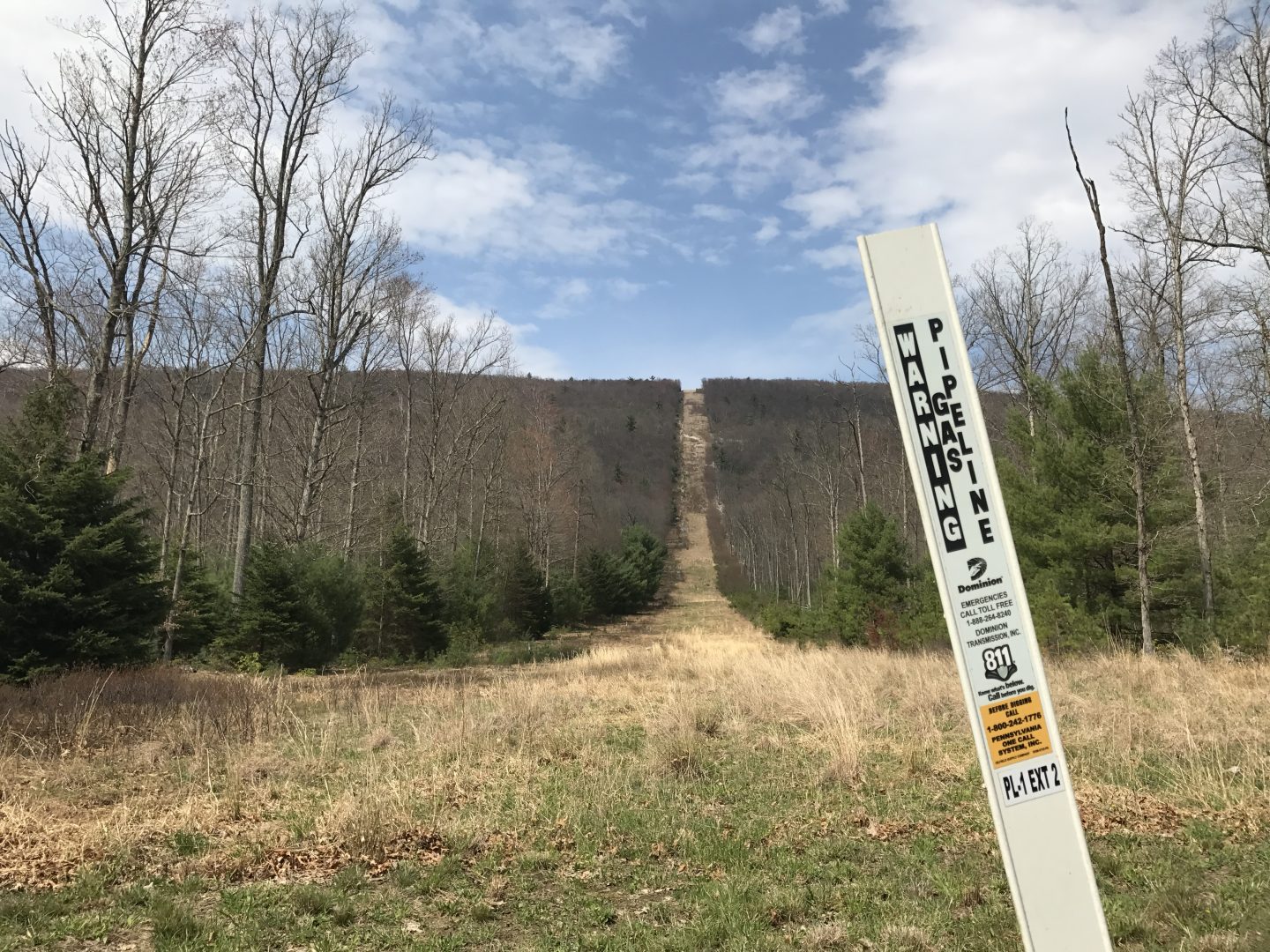 A natural gas pipeline cuts through the forest in Pennsylvania

“I’m immensely proud of to see our journalists’ relentless drive to commit acts of responsible journalism every day recognized by RTDNA. They are invested in this community and work very hard to keep listeners informed about issues that impact their lives,” Lambert said. “On a personal note, I am eternally grateful to Brandi Keifer and her mom, Trisha Keifer, for welcoming me into their lives. They were so open and honest about what they were going through and never flinched in answering my questions. The amount of trust they put in me was a constant reminder to tell the story the best way I could.”

In March 2017, the website The Vietnam War: WITF Stories was launched as part of an in-depth multimedia look at The Vietnam War to explore how it impacted central Pennsylvania. Through regional and statewide collaborative partnerships, WITF gathered stories of people (soldiers — both American and Vietnamese — as well as families, pacifists, and antiwar protesters) in our region who were touched by one of the longest wars in United States history. More than 200 stories were submitted to the site. The site has more than 8,000 visits and more than 28,000 pageviews since its launch. The site was was recognized in the Excellence in Innovation category.

That effort led to the radio documentary The Vietnam War: WITF Stories (honored in the News Documentary category), as well as to the story of Jeff Butch, who visited the Vietnam Veterans Memorial Wall in Washington D.C., in an effort to try to find peace decades after his tour of duty in ‘Nam. Finding Solace at the Wall was recognized for Feature Reporting.

At the heart of the work is WITF’s goal of strengthening our communities by connecting them.

Brandi Keifer (R) chats with her probation officer Frank Shartle (L) in May 2017.

From more than 4,400 entries, 785 regional Edward R. Murrow Awards in 16 categories this year recognize more than 307 local radio, television and digital news organizations across the country and internationally.

“At a time when it’s fashionable to bash so-called mainstream media, it’s more important than ever to recognize the extraordinary work of dedicated journalists who serve communities across our country,” said RTDNA Chairman Scott Libin. “In cities large and small, representing a wide variety of ownership groups, these news organizations show why Americans trust local journalists to report fairly and accurately about issues that matter.

Lambert now has garnered 20 Regional Murrows in his career. Ulrich has earned seven, and Cusick has been honored with six.

Regional Murrow awards are presented to small and large radio, television and digital outlets based on 14 geographic regions, and regional honorees are automatically considered for a National award. Radio stations are ranked by market size, and WITF competed against all stations in markets ranked No. 51 and smaller in the three-state region (Pennsylvania, New York and New Jersey). The 11 awards were the most among any news outlet in the region, and the most in Pennsylvania.

The Radio Television Digital News Association has been honoring outstanding achievements in broadcast and digital journalism with the Edward R. Murrow Awards since 1971.  Murrow’s pursuit of excellence in journalism embodies the spirit of the awards that carry his name. Murrow Award recipients demonstrate the excellence that Edward R. Murrow made a standard for the broadcast news profession.