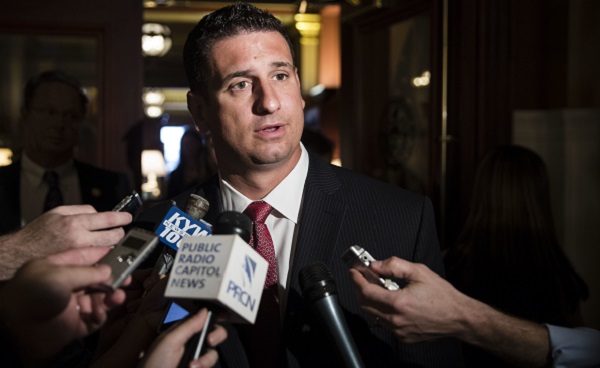 (Harrisburg) — Changes are coming to the state House, due in large part to the pending departure of one of the most powerful elected officials in Harrisburg.

The decision by House Republican Leader Dave Reed to not seek re-election after a brief flirtation with running for Congress sets the stage for a fight over leadership later this year.

“The day that a leader announces that they’re not going to be the leader anymore, a certain amount of ‘Game of Thrones’ begins,” said rank-and-file Rep. Jesse Topper, R-Bedford.

Reed narrowly won the top job four years ago. Not among the House Republicans’ more conservative members, Reed presided over the caucus as it continued a yearslong rightward drift. Now the question is: who comes next?

“Might we get a little more conservative?” said Rep. Rob Kauffman, R-Franklin. “Dave’s certainly been a moderating force. Yes, it’s likely with Dave’s departing that the majority may get more conservative.”

The chamber’s presiding officer, Speaker Mike Turzai, generally has aligned with the conservatives, and he is expected to seek another term in the top job. Neither Reed nor Turzai would comment for this story.

“We have a pretty heavy majority right now, and what that does, seemingly, to me, is it gives a little more energy to factions that want to push their own agenda within the caucus,” Pickett said, making it a challenge for Reed to keep people together.

Internal divisions among House Republicans did not generally spill over onto the floor, said Rep. Mike Sturla, D-Lancaster. 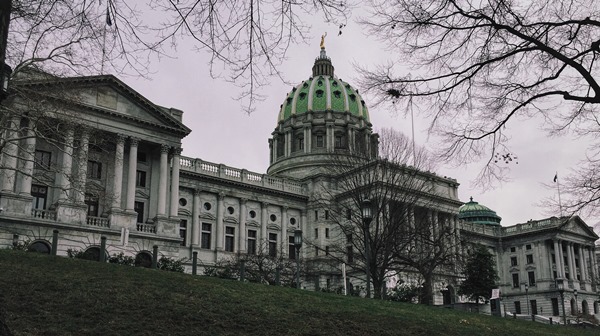 “We would hear about turmoil over there, but it was pretty clear, I believe, to their members that once a majority of their members decided what direction they wanted to go — and sometimes Dave Reed was trying to go in one direction and Mike Turzai was trying to lead in another — but once those tallies were taken in their own caucus, majority ruled,” Sturla said.

Even though leadership battles don’t happen until after the November election, the jockeying has begun.

“I am certainly interested” in Reed’s position, said Majority Whip Bryan Cutler, R-Lancaster. “But ultimately, that’s up to the caucus.”

Another high-ranking leader, Appropriations Chairman Stan Saylor, R-York, said he has “made no moves toward that job” and has told interested parties he is determined to focus on the state budget that’s due June 30. The voting is in secret, but Saylor said Reed beat him by a single vote four years ago.

“My own elevation is not my priority right now,” Benninghoff said.

Reed is hardly the only high-ranking member to be departing Harrisburg at the end of the year. The House Democrats’ second-ranking member, Minority Whip Mike Hanna, is also retiring, along with several long-serving Republican committee chairmen and the ranking Democrat on the Appropriations Committee, Rep. Joe Markosek.

There are also an unusual number of chairmanships opening in the House, as presiding Republicans are retiring after heading up the Judiciary, Transportation, Liquor, Children and Youth, Consumer Affairs, Environmental Resources and Energy and Licensure committees.

In the Senate, where Republicans also hold a comfortable majority, retirements are opening up at the head of the Judiciary, Education, Law and Justice and Local Government committees.

Pa. is a free-for-all for cops who want to help ICE crackdown