Will Summit Health-WellSpan merger be good or bad for you? 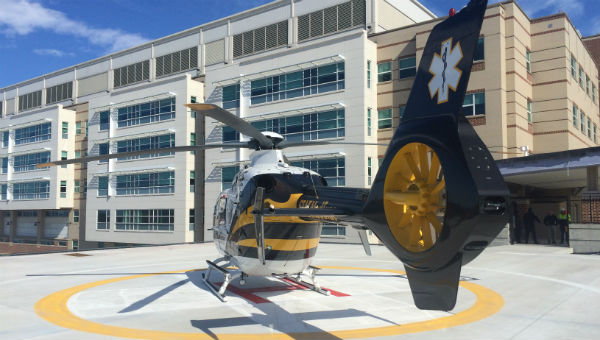 One by one, community hospitals and other local health care providers have joined larger organizations. The pending marriage of WellSpan Health in York and Summit Health in Chambersburg is the latest.

While the combo is small in the scheme of mergers and acquisitions, WellSpan is emerging as a major player in Pennsylvania’s health care market.

Hospital consolidation is on the rise, according to Pennsylvania Department of Health data. The state saw an 88-percent growth of hospitals joining health systems in 2017, and a 78-percent reduction in independent hospitals.

An average of 20 medical facilities a year over the past decade have changed their names, merged or closed in the state, according to Pennsylvania Health Care Containment Council data.

Health care mergers are a national trend. Martin Gaynor, professor of economics and health policy at Carnegie Mellon University’s Heinz College, said the country has been seeing more than 100 mergers in health care services each year.

The past couple of years has been a busy time for different types of partnerships between Pennsylvania’s hospitals and health systems, according to Julie Kissinger, vice president of communications and public affairs for The Hospital and Healthsystem Association of Pennsylvania.

There are many different reasons small hospitals decide to merge with larger health care systems.

Kissinger, of HHAP, said it’s all about delivering the most effective and best quality health care possible.

“These hospitals take a very strong look at what their community needs, and they also look outward at what that community is likely to need in the future,” she said.

The smaller health care company might merge with a larger one to access more resources than their revenue alone can provide, according to Kissinger and Gaynor.

Kissinger said this can mean better technology during a time in health care when there is an emphasis on electronic records and using telemedicine to treat patients in rural communities.

“In order to best serve their communities, they may find there is a benefit to partnering with a system that can help them to do that,” she said.

Gaynor said larger health care companies might have operating systems — such as medical records or other programs for coordinating care and monitoring quality — that the smaller company might use.

Money can also be a factor if the smaller company is experiencing financial difficulties, according to Gaynor.

Increasing access to better and a wider variety of care is also a reason for mergers, according to Kissinger. She said the health care model has shifted from a system that’s based on the volume of patients being cared for to the value of care that’s being provided.

It’s part of a strong movement to keep patients out of hospitals and find ways to manage their health and chronic conditions through health and wellness initiatives, preventative care and outpatient care, Kissinger said. Companies will look at potential partners who show strengths in these areas, as well as partners who can help bring other specialties to the area, such as neurology and orthopedics.

She said that established local hospitals “take a long and thoughtful approach to whether merging or affiliating with another partner is viable, and is a positive step for their patients in their community.”

Another motivation to merge could be a desire to enhance the negotiating power with health insurance companies to get them to pay more to the hospital, according to Gaynor.

He said smaller independents also can start to get nervous, and feel like they’re “willingly or unwillingly part of the game of musical chairs, and they don’t want to be the one left standing when the music stops.”

“They’re kind of thinking, ‘gee whiz, everybody else is pairing up,” Gaynor siad. “If I don’t do something pretty soon, I may get left out in the cold or there might not be any very attractive partners to merge with, so better jump on this bandwagon now.”

What does this mean for locals’ care?

Kissinger and Gaynor differ when it comes to how the merger of Summit and WellSpan could affect patients’ treatment and care.

Kissinger said the merger will improve access to health care, as patients in the area may see more specialists and the use of telemedicine.

“It’s not just your acute care. It’s also your rehab care, your home health care, hospice care,” she said. Companies would be looking at how to access this full spectrum of care, which is important under the new model.

Which one it is will be based on certain decisions, such as whether or not some of Summit’s services will move to WellSpan, or whether more services will open at Summit that would benefit the local community.

The management of Summit’s hospitals might no longer be local if they are managed by WellSpan, a company which might not be familiar with the local conditions and market, according to Gaynor.

Gaynor said that, on average, health care mergers don’t reduce costs or improve the quality of care. Reducing duplication of effort, and improving efficiency and coordinating quality have all been discussed in the health care field.

“While those things all sound appealing and sensible, for the most part that stuff just has not happened,” he said. “It’s not materialized.”

A study by economists at Charles River Associates says something different.

According to the American Hospitals Association, the study shows that “hospitals were actually able to reduce annual operating expenses by 2.5 percent, expand services to the community and improve quality all with no telltale increase in revenues that would signal prices increases.”

SEIU Healthcare Pennsylvania learned of the WellSpan-Summit merger on Tuesday, the day the health care systems announced the pending merger to the public.

“We look forward to the potential growth and training opportunities that come with our new partnership with WellSpan,” said Brad Barkdoll, a certified nursing assistant and SEIU Healthcare PA chapter president at the hospital. “And we also expect that WellSpan will continue recognizing the progress we’ve made through our union and respect the voices of front-line staff in decisions that impact our hospital’s future.”

SEIU, the largest union of nurses and health care workers in the state, represents 1,425 Chambersburg Hospital employees including nurses, certified nursing assistants, pharmacists, technicians and people working in housekeeping, laundry, dietary and transport. The union does not represent workers at Summit’s other hospital, Waynesboro Hospital or at any WellSpan properties.

Wellspan and Chambersburg have been very clear that they will honor the existing contract between the union and Chambersburg Hospital, according to union spokeswoman Amelia Abromaitis. A four-year contract was negotiated in 2016.

“As one of Franklin County’s largest employers, Chambersburg Hospital has provided highly competitive jobs and excellent care to our community for years,” Barkdoll said. “Those job and patient care standards must continue no matter whose name is on the sign out front.”

Will the merger work?

Most health care mergers work, but not all of them, according to Gaynor and Kissinger.

Kissinger said every decision to merge is very unique, and the hospitals and health systems are constantly looking at how they can adapt to changes in the health care delivery system. A majority of mergers in the state have been successful, she said.

“What we’ve generally seen is that, at least at this point in time, those hospitals that have made decisions recently have found this to be best for their patients and their communities,” she said. “They are seeing that their cultures are coming together effectively, and that it’s working.”

Gaynor agrees a majority of mergers in the country are successful in that they don’t come apart, but added that integrating two previously independent companies together, so they work in a unified manner, is the hard part. He said this process can cause disruptions, such as figuring out what services to maintain at what facilities.

Most importantly, the two parties that merge must both benefit, he said.

In some cases, the two parties give up and don’t move forward with the merger, and in others, after a few years they decide it’s not working and go their separate ways, according to Gaynor.

But Gaynor said the fact that WellSpan and Summit have worked together previously is a good sign.

“If they do have some history with each other and do have some experience, that seems certainly like a positive, he said. “But these things don’t always work out well or work out at all.”

In 2015, just 25 independent hospitals remained in Pennsylvania. Increasingly they are affiliated with larger health systems.

WellSpan, UPMC Pinnacle and Penn State Health all have a major presence in southcentral Pennsylvania.

Regulators in 2016 killed a proposed merger in southcentral Pennsylvania for fear of increased health care costs and reduced quality of care. PinnacleHealth in 2015 announced plans to merge with Penn State Milton S. Hershey Medical Center. Pinnacle gave up after regulators objected. Pinnacle would have controlled 64 percent of the market in Dauphin, Cumberland, Perry and Lebanon counties, according to the Federal Trade Commission.

Here’s data on some of the major health care networks in Pennsylvania: