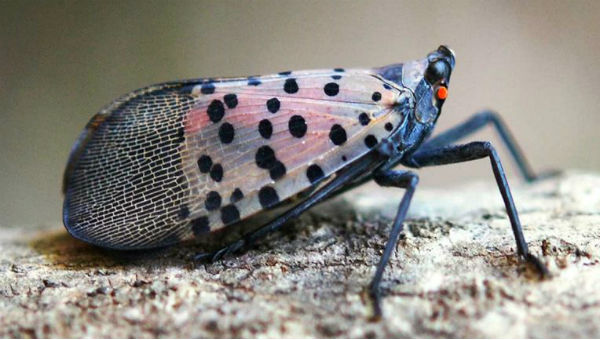 Insects that aren’t native to Pennsylvania have invaded the state’s forests, farm fields and homes and new ones appear every few years.

Recently, the Brown Marmorated Stink Bug made its way from Asia. This nuisance pest was first spotted in Allentown in 1998 and has now spread throughout most of eastern and western North America. The stink bug is a serious threat to fruit and vegetable crops and will likely be found continent-wide within a few years.  It also is a real pest inside homes, although it isn’t destructive inside a house.

The Emerald Ash Borer was first confirmed in Pennsylvania in 2007.  The Ash Borer has killed an estimated 40 million trees across the country and the infestation is spreading. As just one example, there are a lot fewer baseball bats made of ash.

Now, growers are sounding the alarm over the Spotted Lanternfly. This bug was first found in Pennsylvania in 2014. The Lanternfly is a potential threat to several important crops, including fruit trees and timber.

From area farms to your backyard, what can be done about the growing threat of invasive bug species?

Also, the Chesapeake Bay Program released a report earlier this year indicating improvements in the health of the bay.  The Bay Barometer: Health and Restoration in the Chesapeake Bay Watershed 2016 – 2017 used twenty different metrics to record the cleanliness and sustainability of the bay, including the viability of underwater flora, water-life populations and pollution content.

Many targets were met; the blue crab population is thriving; nitrogen and phosphorus levels are dropping significantly and water quality in the bay and its tributaries are meeting standards.  The CBP report also recorded civic engagement in the preservation of the Chesapeake; “Environmental Literacy and Planning, Student Meaningful Watershed Educational Experiences and Citizen Stewardship” were all factors in considering the bay’s health.

On Wednesday’s Smart Talk, we discuss the findings of the report, what this means for recreation and commerce on the bay and what aspects of the Chesapeake’s sustainability still need to be addressed with Harry Campbell Executive Director Pennsylvania Chesapeake Bay Foundation and Alison Prost, Interim Vice President of Environmental Protection & Restoration for the Bay Foundation.