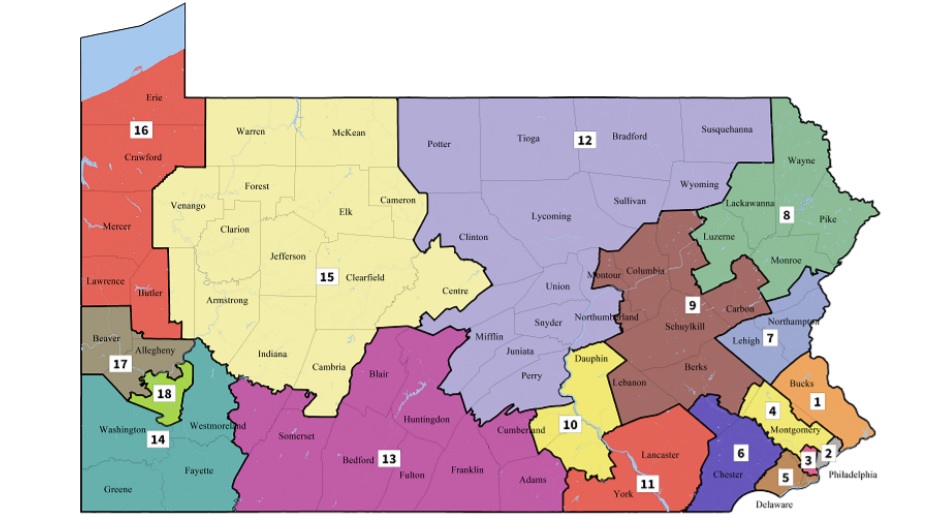 The Adams County Republican Committee has invited the public and all GOP candidates to a gathering at 7 p.m. Thursday at the Comfort Inn and Suites Ball Room, 845 Baltimore Pike, Gettysburg.

The new 13th District comprises all or part of Adams, Bedford, Blair, Cambria, Cumberland, Franklin, Fulton, Huntingdon, Somerset and Westmoreland counties. The area covered by the new district previously included five districts: The bulk of it was the 9th, while the 5th, 12th, 18th, 4th and 11th took up smaller parts.

The potential field for the 13th District includes seven Republicans from Cumberland to Somerset counties.

“As near as we know, there are seven potential candidates running for this office,” said ACRC Chairman Betsy Hower.

State Rep. Steve Bloom, a conservative from North Middleton Township, Cumberland County, was the first candidate to re-announce his candidacy for Congress in the local region.

Of those, Halvorson, Eichelberger, Schooley and Mastriano have accepted invitations to attend Thursday’s gathering.

Each candidate at the event will have the opportunity to speak. They will also have their petitions and seek signatures to get on the ballot.

Hower, the ACRC chairman, said, “This venue gives the people of Adams County an opportunity to meet the persons who are seeking to be their next Congressman if the new district holds firm.”

Three previously announced candidates for the 9th reside in Indiana County, which has become part of the 15th District.

The Democratic-majority state high court ruled last month that Pennsylvania’s district boundaries were unconstitutionally gerrymandered, and ordered the legislature and governor to approve new ones. Republicans have won 13 of Pennsylvania’s 18 seats in three elections under the invalidated map, although statewide elections are often closely contested.

Republicans in the state legislature have asked the U.S. Supreme Court to block the new map, according to The Associated Press. The state Supreme Court on Tuesday declined a similar request to hold off on implementing the map.