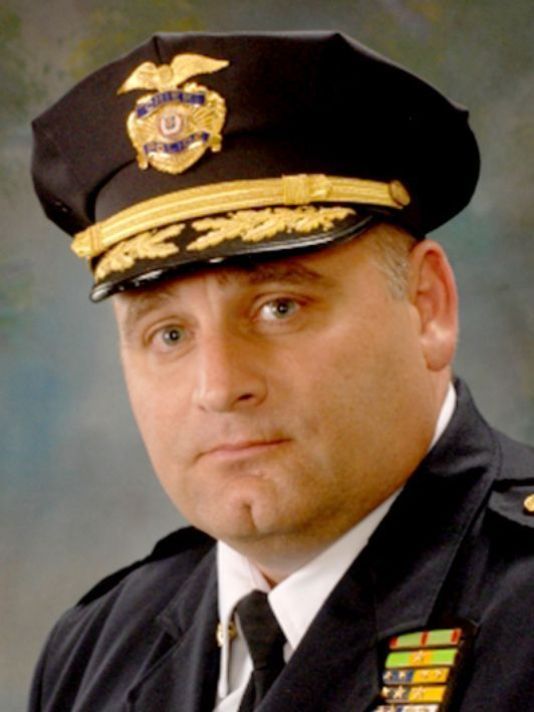 She commended Kahley for his service during a swearing in ceremony Monday afternoon for seven new probationary officers.

Michael Helfrich, who won the mayoral race in November and takes office in January, thanked Kahley for his service. Helfrich said he did not know the reasons for Kahley’s retirement.

When asked whether he will be looking within the department or outside for the next leader of the department, Helfrich said he will be “looking everywhere.” He said he plans to name an interim chief if needed.

Helfrich said he will be working with the public safety committee of his transition team to consider candidates for the position.

He said he will be looking for someone who will focus on community policing, building strong relationships between the department and the community and helping to diversify the police force to do a better job of reflecting the public that it serves.

Kahley was named acting chief in January 2010 with the retirement of Police Commissioner Mark Whitman. Bracey appointed him to the position of chief in April that year.

He previously served as operations captain.

He had helped establish the Route 222 Corridor Anti-Gang Initiative; created the first gang symposium last year; was a graduate of the Federal Bureau of Investigation National Academy; and was commander of the Red Shirts Unit, the day work patrol platoon, and the detective unit.

At the time of Kahley’s appointment, Bracey said that he understands her philosophy on community policing, and he is respected by the community and the police department. That helped her decide to name him to the position permanently, rather than conduct a search, she said.

“He’s so widely respected,” she said.

The way the community has embraced him as interim chief, she said at the time, as well as how she and Kahley worked together, contributed to her decision.

“There’s a certain amount of pride coming up through the ranks,” Kahley said at the time of his appointment.