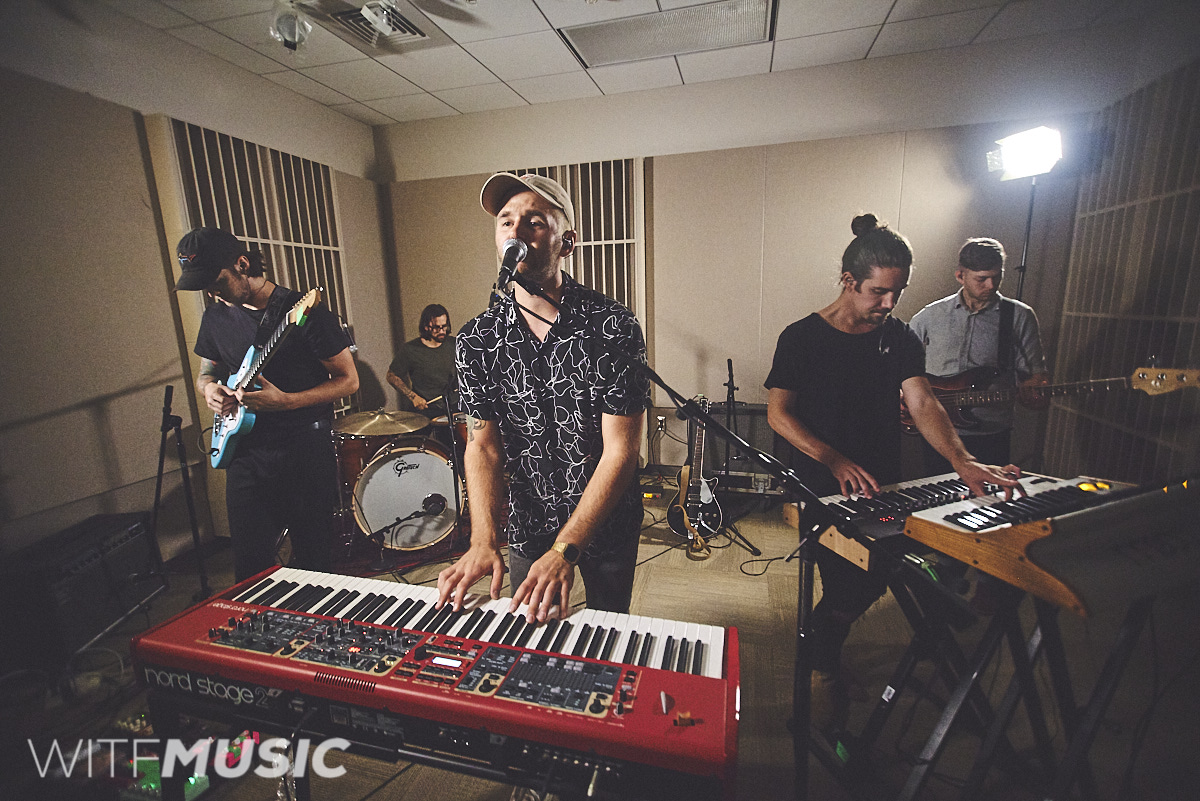 Tigers + Thieves kind of started to discover themselves in the studio. It started with singer, guitarist and keyboardist Andrew Benner and keyboardist Nate Longenecker who were then joined by drummer Dwight Sensenig. During the recording of their EP You Can’t Have Everything, they recruited guitarist Levi Schlosser and Bassist Bobby Bradley.

Andrew explains that since they spent a lot of time working out the songs in the studio, it’s good to know people. “Luckily our friend has a killer, killer in-home studio. He helped us the whole time through it.”

“That was at the first EP and we released that before we played any shows,” Nate says. “We wanted to have material out there right off the bat instead of getting caught up in that cycle of practicing for shows and not ever getting around to recording.” 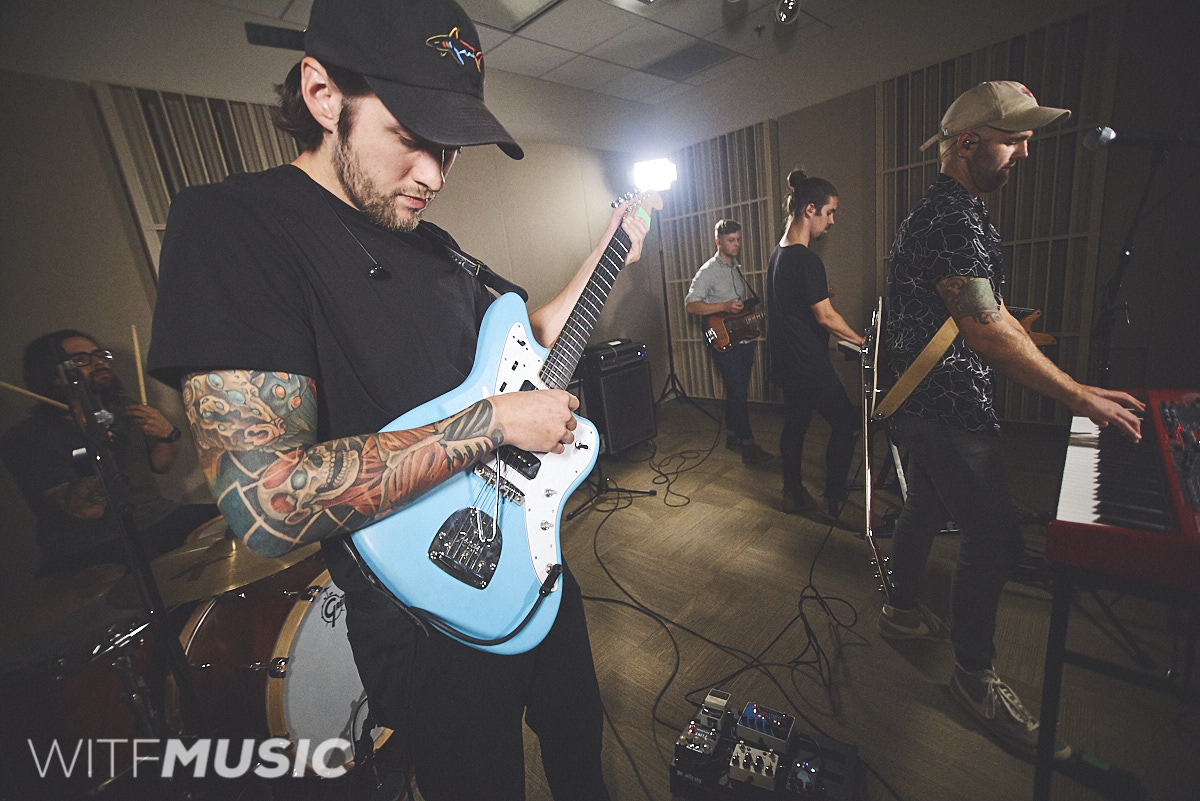 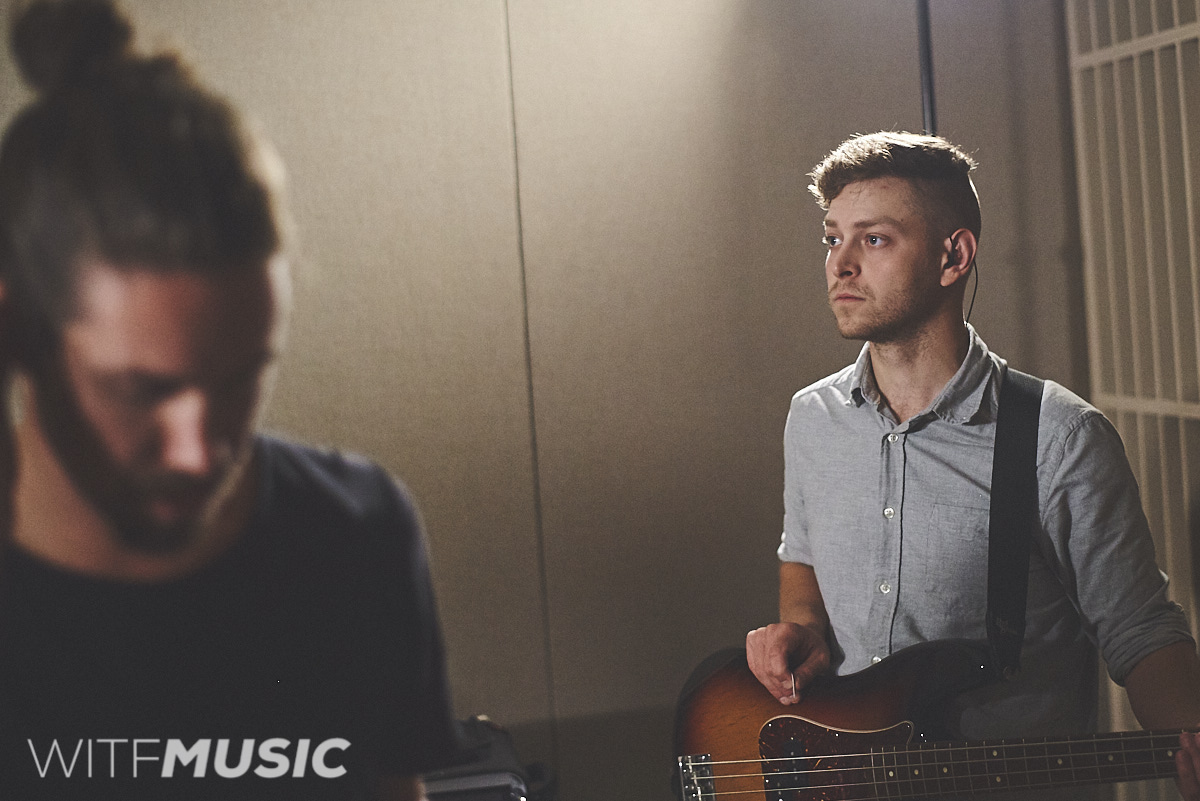 And so the band really began working together as a band in the studio. But while they spent a lot of time working out the songs in the studio, Levi says that experience has helped them streamline their workflow.

“I think we’re learning how to pick things and go with what sounds good. We’re always open to changing things. We’ll always try something out if someone has a different idea for something. But I think we’re getting better and better at realizing how much more productive we are when we just stick with a sound.”

Nate adds, “That was kind of us figuring out how to write songs. At this point we’re definitely much more comfortable writing together as a band. So that’s kind of influenced the metamorphosis of the songs.” 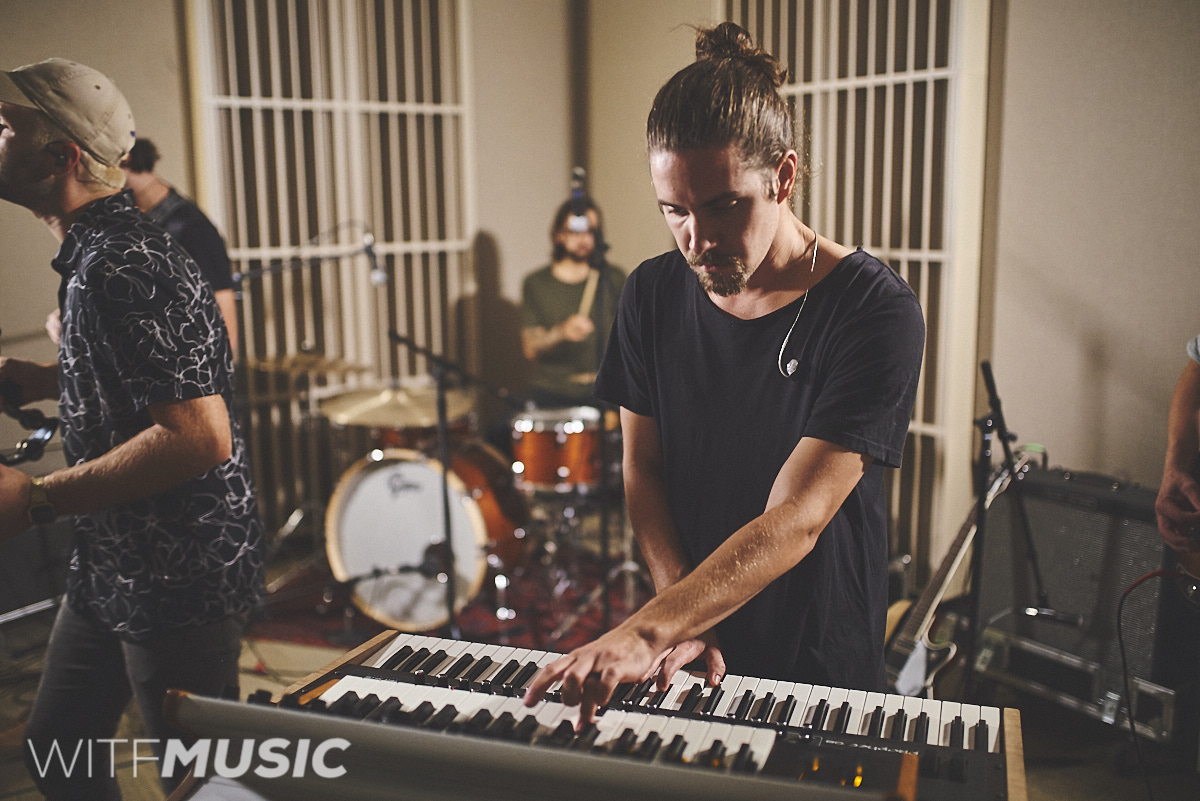 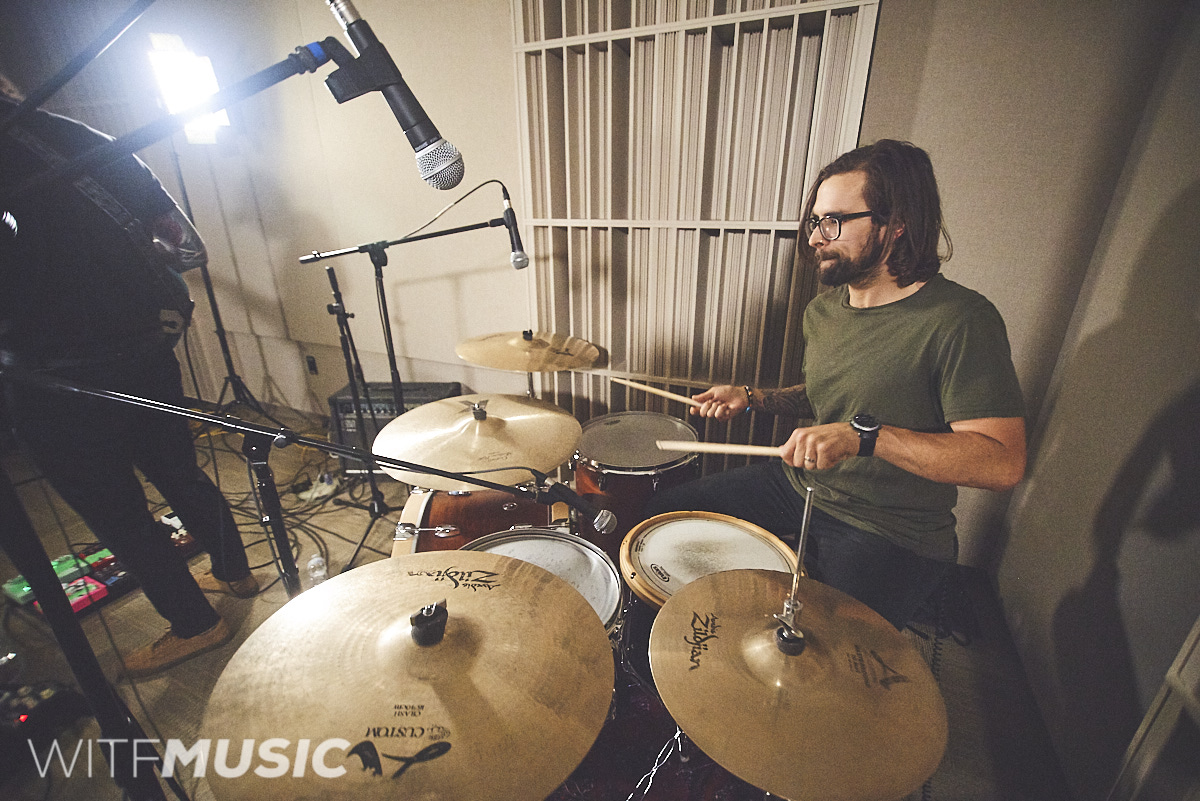 This year Tigers + Thieves released two singles, one of which is called “Change Your Mind”. It was written during a week in a cabin in the woods. Bassist Bobby Bradley talks about that experience.

“‘Change Your Mind‘, the process of writing that song is probably one of my favorite processes of ever writing a song. We all kinda just jumped together in a van and drove into the mountains to this cabin, started writing songs. Benner had this idea and he just started fleshing it out on guitar and I heard this bass line and Levi adds some guitar riffs and like, bam, it was a song. That was a lot of fun, just being able to go out, get away from everything and focus on just writing good music.”

Andrew talked about the overarching philosophy of the band, about what their goal is with their music.

“I think the heart behind what we do is we want to get to that level of a higher spotlight not so that we can look at ourselves like ‘Oh this is us. Tigers and Thieves, they really did something’. But we want to help other people. If there’s something that I’ve struggled with in the past, we want people to come on board and all unite over views that seem the same and things that are good in the world and not waste peoples’ times and challenge peoples’ thought process and excite people to live life.” 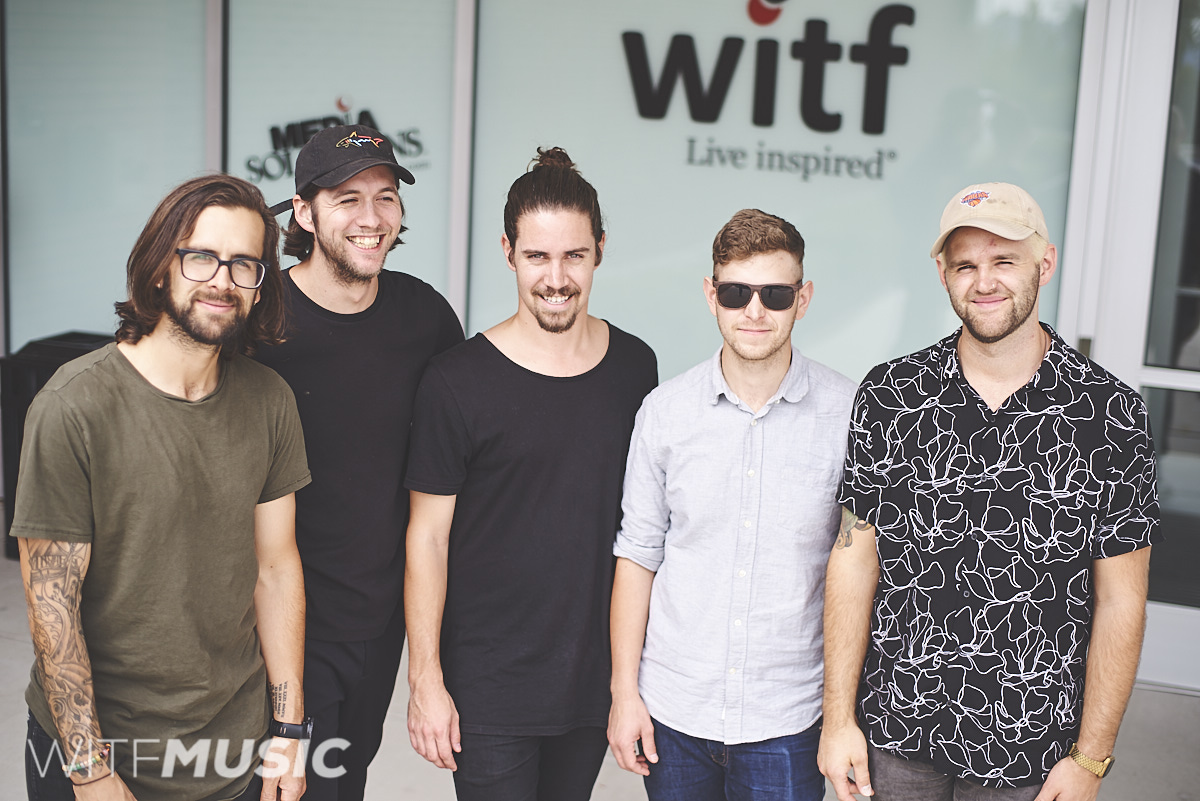