State: York Co. could have done more to help 3-year-old before father killed her 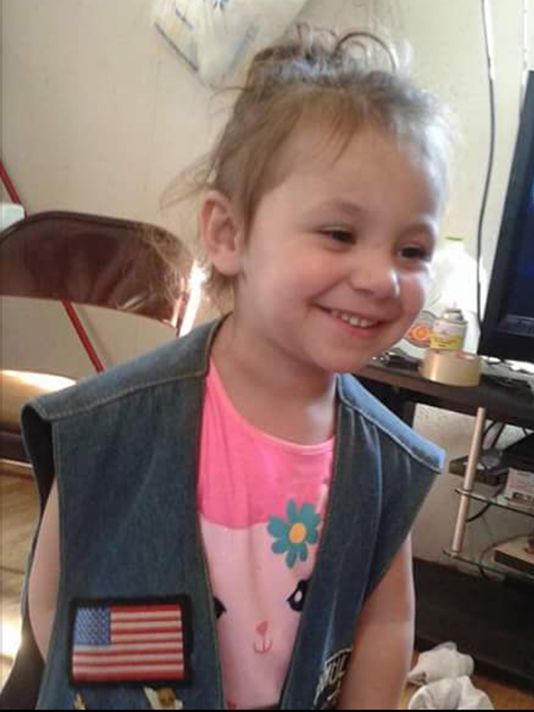 (York) — Child welfare workers in York County could have done more to ensure the safety and well-being of 3-year-old Kelly Williams when they investigated complaints that she was not being cared for properly, according to the state Department of Human Services.

Less than 10 weeks after the county’s second visit the home, it closed the books on an investigation, Kelly’s father shot her and her grandmother to death, and then killed himself.

While the Human Services investigation points to nothing the county could have done to prevent the murders, it does identify a number of mistakes caseworkers made before closing the case.

The county has put forth a plan to improve in several areas — steps that were accepted by the state — and is working on improvements that go beyond the report, said Terry Clark, the director of the York County Office of Children, Youth and Families.

The Human Services report found that caseworkers did not:

York County’s Office of Children, Youth and Families got involved in Kelly’s case on Feb. 1.

The office received a report detailing a number of allegations including that Kelly had not been to a doctor and that she and her mother were being forced to use a bucket in the basement as a toilet.

The office was also told that there was mold in the home and that drugs were being used.

Caseworkers visited the home on Feb. 3 and again on Feb. 8. A caseworker stated that they saw Kelly on the first visit and that she appeared “happy and healthy,” according to the report.

Kelly’s mother, Makayla Lane, told a caseworker that they did have a working bathroom and that it was clean. During a subsequent interview, Kelly’s grandmother denied that they used buckets as a bathroom and said Kelly had a pink child’s seat for toilet training.

By Valentine’s Day, the county closed the investigation, and said that Kelly was safe.

In a review of these visits, the state found caseworkers never went beyond the home’s living room. They did not see Kelly’s sleeping arrangements or investigate the concern about the buckets. They did nothing to ensure her nutritional needs were being met.

It was through the curtains of the home’s living room on April 23 that Northern York County Regional Police first saw the family’s bodies. They had been called to the one-story home on Greenbriar Road in Manchester Township because someone asked them to check on the well-being of the family.

Tammy June was found shot to death in the living room.

Kelly was found in a back bedroom, just a few steps away. Down the hallway, toward the back of the home in another bedroom, police found Frankie Williams with a self-inflicted gunshot wound.

Mikel Wayland reflects on the murders and suicide of his brother, mother and niece from the home where it happened. Jason Plotkin, York Daily Record

Police described the deaths as a double murder-suicide and a planned act or pact between Tammy June and Frankie. In the weeks leading up to the shootings, Frankie and Makayla had been in a custody fight over their daughter, and they had temporarily been sharing custody after Makayla moved to North Carolina.

Moving forward, York County CYF will have all employees go through simulation training.

Caseworkers will be presented with scenarios during live action training in homes, a step the state was already heading in, according to Clark.

“You have time to stop them and give them feedback on what they could have done differently and things they did well,” Clark said.

Another internal change is that during an investigation, supervisors will not only be meeting with caseworkers every 10 days, as required by law, but will also be reviewing their case notes.

In an interview, Clark pointed to a variety of challenges facing caseworkers. Chief among them? A huge workload and a ton of documentation required by the state.

“More than half of their job is documentation,” Clark said.

“Until something can be done to reduce the number of required pieces of documentation, it’s very difficult for them to spend time in the field, assessing cases and investigating,” he said.

DePasquale described the system as mired in bureaucracy and pointed to the state legislature that responded to the Jerry Sandusky child abuse scandal by expanding a number of child abuse mandates and requirements without providing any additional funding.

Another challenge Clark outlined is more elusive when it comes to implementing changes.

Caseworkers who find a child to be safe in a home can leave and the dynamics can change.

“They can’t be there 24/7,” he said. “We go out and assess child safety…we hope that we can prevent (a child death) from occurring. But unfortunately that’s not the way it works in child welfare.”

York County to launch its own day of charitable giving