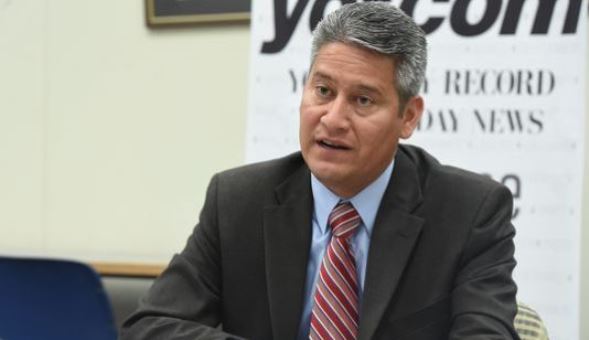 Wolf’s administration said Secretary of State Pedro Cortes submitted his resignation but gave no other information in a brief statement. An administration spokesman said he had no additional details about Cortes’ departure.

Wolf nominated Cortes, 51, as his first secretary of state when he took office in 2015. At the time, Cortes, a lawyer, already had the distinction of having held the job longer than anyone else after serving as secretary of state for more than seven years under former Gov. Ed Rendell, also a Democrat.

A telephone message left at Cortes’ Harrisburg home seeking comment was not immediately returned Wednesday. Top state lawmakers and Democratic Party officials said they had no idea Cortes was going to resign and did not know why.

“I hate to see him leave, I think he’s been an outstanding secretary of state,” said Senate Minority Leader Jay Costa, D-Allegheny.

The move came barely two weeks after Cortes’ agency had heard from the U.S. Department of Homeland Security that Russian hackers unsuccessfully tried to access election systems in the state before last year’s presidential election. Cortes had said he thought the hackers had hoped to alter voter registration records to sow confusion and frustration in the election.

That came on top of complaints by a Philadelphia elections official that people who are in the U.S. legally, but who are not citizens, were mistakenly allowed to register to vote, including some who had voted.

Cortes acknowledged last year that someone who is not a citizen “may inadvertently register” to vote while getting or updating a driver’s license. The department said at the time it was working to correct the problem. The department has declined to say how many non-citizens are registered to vote.

The Wolf administration said in a statement Wednesday that Secretary of State Pedro Cortes has submitted his resignation, but gave no other information.

Cortes joined the administration in 2015. He had also served as secretary of state for over seven years under former Gov. Ed Rendell, also a Democrat.

He’s being replaced by the agency’s top deputy, Robert Torres.

A message left at Cortes’ home seeking his comment was not immediately returned.