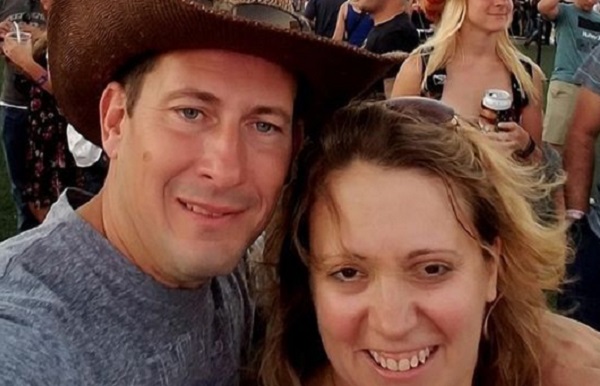 Bill Wolfe Jr. and his wife Robyn were celebrating their 20th anniversary at a Jason Aldean concert. Wolfe died as a result of the mass shooting that occurred during the concert. (Photo: Submitted)

(Shippensburg) — A midstate husband, father and coach lost his life Sunday night in the mass shooting in Las Vegas that killed 59.

Shippensburg Police confirmed Tuesday morning that Bill Wolfe Jr., Shippensburg, died in the attack, believed to have been carried out by a lone gunman.

Wolfe and his wife, Robyn, were at the Route 91 Harvest Festival celebrating their 20th anniversary. They got separated as shots rang out, and the family went much of Monday without word on what happened to Wolfe.

They have two sons.

“Please continue to hold our entire family as well as those affected across the nation in your unending prayer,” the family said in a statement released by police announcing Wolfe’s death.

Wolfe’s aunt Dora Wolfe said Tuesday morning “I thank everyone for their prayers, and please ask for continued prayer for their family.”

She said she has seen so much love and support from the community.

“It’s just so senseless,” she said of the shooting. “Such a waste.”

Wolfe’s cousin, Josh Hershey, grew up next door to Wolfe. Five years younger than Wolfe, he looked up to his cousin.

“Me and the other neighborhood boys, whatever he was into we wanted to get into,” Hershey said.

He remembers one summer when Wolfe was in high school and worked somewhere that left him getting home around 10 p.m. Hershey and his friends would always sit in the driveway, waiting for Wolfe to come home from work so they could talk, joke around and tell stories.

“Me and the other neighborhood boys, we always referred to him as ‘Uncle Bill,'” Hershey said.

Hershey said these moments were the first ones he thought about when he heard about his cousin’s death.

“I was just in disbelief, I thought ‘this can’t be. This can’t be right,'” Hershey said. “It took me a while for it to all sink in, that that was really him.”

Hershey said this has changed his perspective on life.

“When stuff like this happens, you know, it kinda makes you realize, never say it can’t happen to you,” Hershey said. 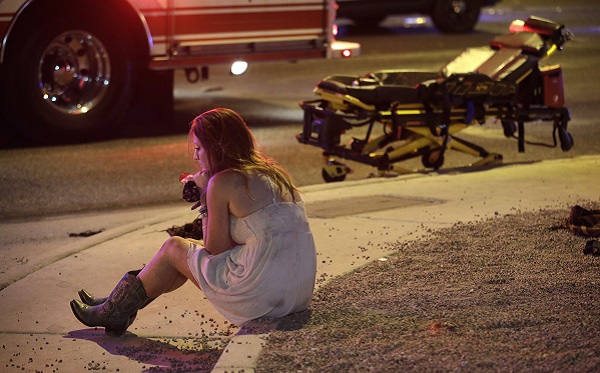 Wolfe was never fake, Hershey said, something he feels can’t be said about a lot of people.

“He was who he was. and he was a great person,” Hershey said.

Josh Wolfe, no relation, was friends with Wolfe “during our earlier years,” when they played on the same youth football team, then worked together as they grew older.

“As adults, I always appreciated and admired his work with all the kids in wrestling and baseball,” Josh Wolfe said.

Wolfe was a coach for elementary wrestling and Little League in Shippensburg.

A registered professional engineer, had worked nearly 10 years overall in Carlisle for Dewberry, a engineering consultant group based in Fairfax, Virginia.

“All of us at Dewberry are deeply saddened by this tragedy and will continue to hold our departed co-worker’s family in our thoughts and prayers,” said Molly Johnson, Dewberry spokeswoman.

After returning to Dewberry in 2014 after several years elsewhere, Wolfe was a senior project manager with significant experience in highway bridge design, she said. He also was a member of several industry professional associations.

Wolfe previously worked at Carl Bert & Associates, Shippensburg, from 2003 to 2009 as a professional engineer, but was more than just a member of staff, according to Carl Bert, president of CBA.

Wolfe was a “class act” and had a positive influence on others, Bert said. He was a staff leader and connected well with clients and municipalities.

“Our hearts are heavy and there has been a few tears,” Bert said. “Our prayers are with his family, especially his wife, Robyn, and boys.”

“Other than family, there was no one that I was closer to professionally and personally as he was a friend and good Christian brother in the Lord,” Bert said. “Bill was truly a leader with the vision to see and implement all aspects of projects. He was personable, fun, easy to work with and very professional.”

“He was very respectful young man,” Wells said, adding that was his favorite thing about him. “He always has respect and he’s always been uplifting.”

The vigil was held before the family had word on Wolfe’s condition Monday night. The family spent all day unsure of what happened to Wolfe after he and his wife separated during the attack.

Wolfe’s aunt Dora Wolfe said Monday night that she was happy to see the kind of support the Shippensburg community gave to the family.

“Just look around you and see the support that’s here and the love,” Dora Wolfe said. “It is true, it is a small community but they all come together when you need it the most.”

Hershey said that right now, even though he lives in Gettysburg now he knows that the Shippensburg community will come together for his loved ones.

“Shippensburg is a tight community, I really think people are gonna pull together,” Hershey said. “This is definitely not easy. If there was a way to bring him back, the community would. But they’re gonna do everything that we could do to help them with whatever is needed.”

A sign at Greyhound Family Restaurant, Shippensburg, recognizes the Wolfe family on Tuesday, October 3, 2017. Bill Wolfe Jr., of Shippensburg, was a victim of the mass shooting in Las Vegas on Sunday that left over 50 people dead. (Photo: Markell DeLoatch, Public Opinion)

He, too, asks that everybody keep praying for his family.

Shippensburg Greyhound Wrestling began a GoFundMe page Monday night, in the event there are costs related to the shooting.

They also are accepting donations by mail at the Wolfe Family Fund, 1475 Orchard Road, Chambersburg, 17202. Checks should be made payable to Shippensburg Wrestling Boosters along with a note of designation, the page requests.

This article is part of a content-sharing partnership between WITF and Public Opinion Online.