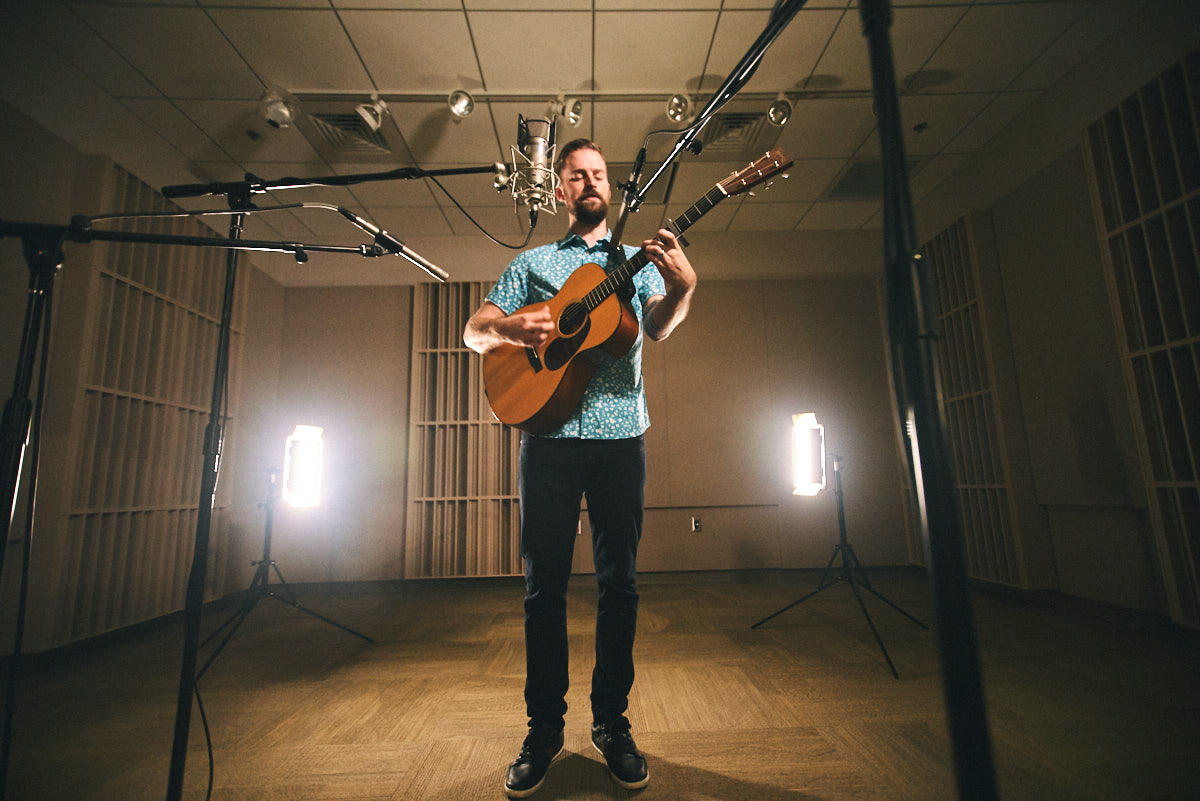 Sean Cox and I had been talking for about 20 minutes about his music and inspirations, and throughout the conversation I kept glancing at this beautiful tattoo on his arm. I asked him about it.

“It starts with the night sky and the Ursa Major constellation with the bear kind of superimposed. And then as we drift down it goes into kind of that mountain range and these pine trees. And then it reflects into kind of a pool below that and then the shoreline which kinda connects my older tattoo…I’d talked about Thoreau earlier. I have a fascination with nature and with constellations and things like that. It’s just the grandeur of that has always been captivating.” 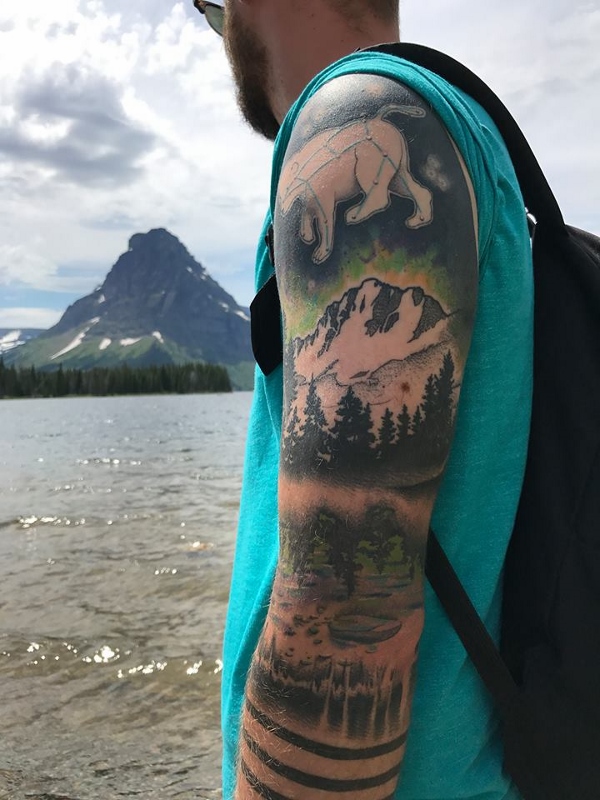 Nature and literature are important to Sean. They both figure into the music he writes for his new musical project called Three Strands. In the studio, he played a song called “Ash Filled “Soul, which was a direct inspiration from Thoreau’s Walden.

“I got kind of consumed with that book and the idea of self-sufficient living in nature,” he explains. “And I created a story of somebody who took that way too far and isolated themselves. And now I’ve seen that I think it can address a lot of our technology obsession too. I think that the character in the song now could even be in a more literal sense somebody who’s consumed by themselves in their social media identity and stuff like that.” 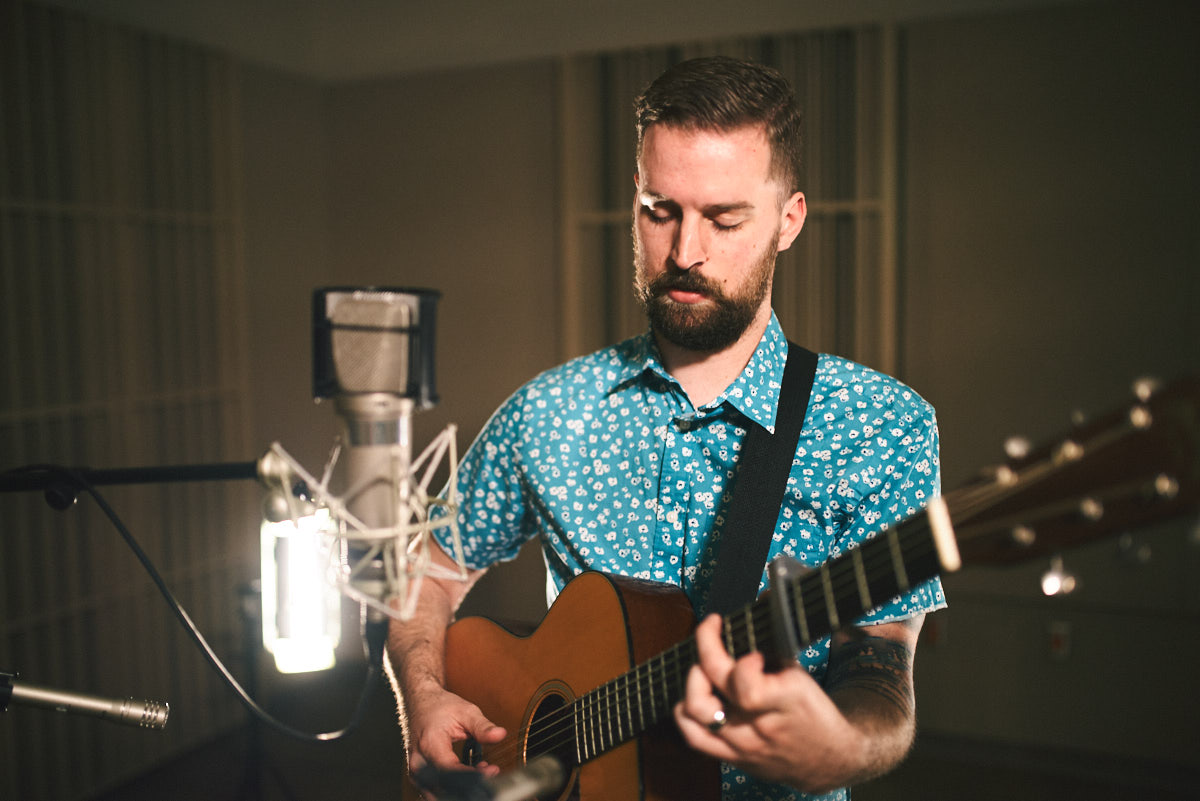 Sean talks about the lyrics of musicians he admires, like Ray Lamontagne and Gregory Alan Isakov and how their lyrics read like prose.

“I always thought if you can take my lyrics and separate them from the music and still read it as a nice piece by itself then I hope I’m doing my job.”

Another song he played in the studio for us is called “Solitary Man”.

“I was reading a lot of Nietchze and a lot of the heavy negative guys. So it was dealing with that kind of not having direction in life and just feeling isolated and abandoned at that time.”

Sean’s Three Strands project will feature other musicians but is ultimately his own project. After years playing with bands, Three Strand is sort of his own Walden Pond, his cabin in the woods where he goes to break things down and get back to basics with a more stripped-down sound. 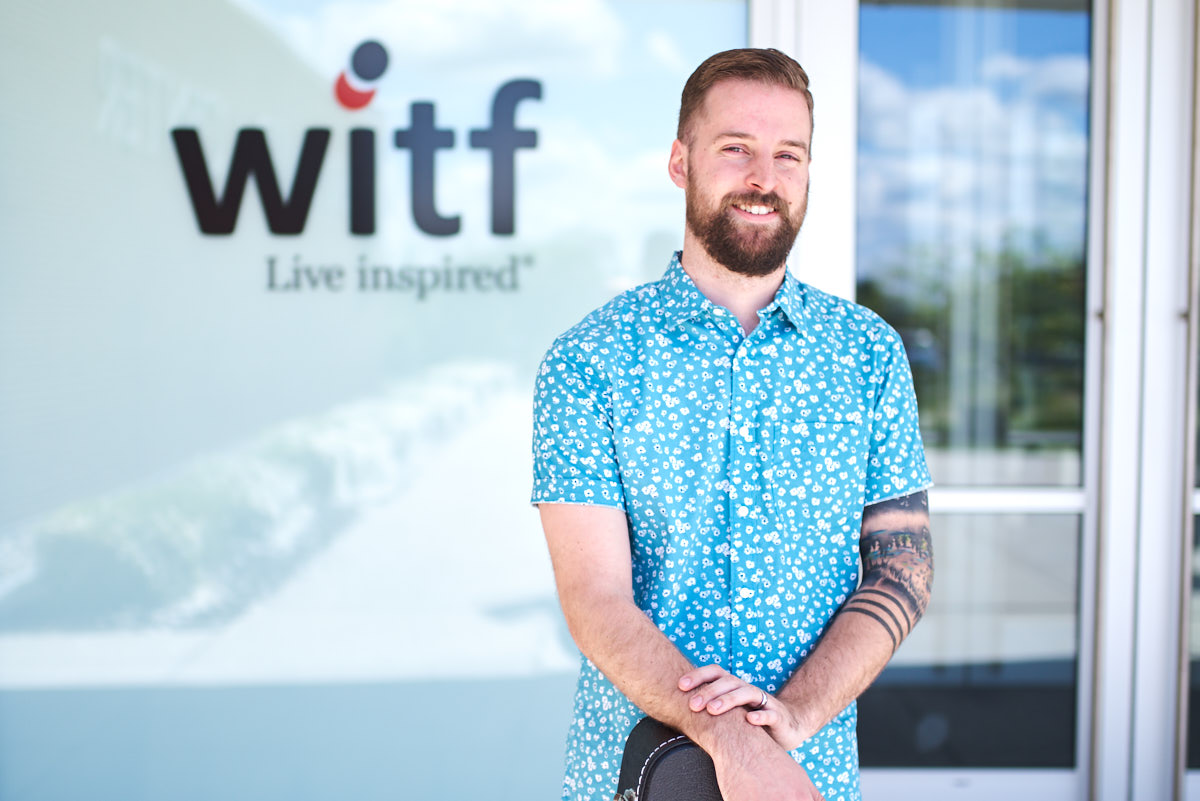