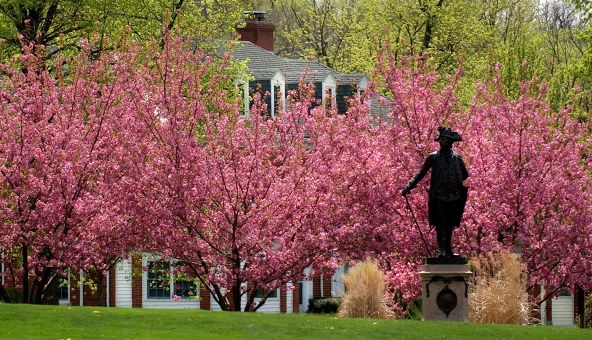 FILE PHOTO: A statue of Frederick the Great stands on the grounds of the Carlisle Barracks. (AP Photo/Carolyn Kaster)

(Harrisburg) — The United States Army Garrison at Carlisle Barracks is getting a new command team.

Garrison commanders provide “city-manager” support to the mission activities of the Army War College and other organizations, as well as to those living on post.

Hannan comes to Carlisle from Fort Leonard Wood, MO, where she served as the Deputy Commanding Officer for the 1st Engineer Brigade.

The outgoing commander, Lieutenant Colonel Greg Ank, has served in the role since June 2015. He plans to retire after the change of command.