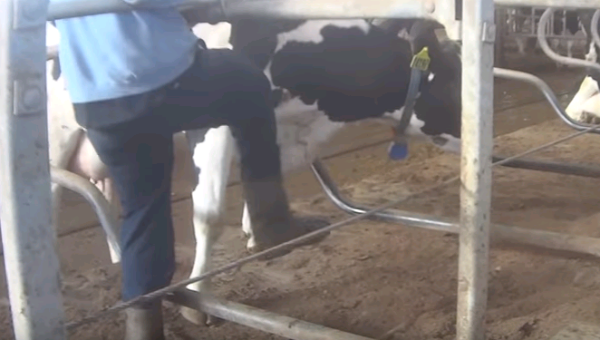 Photo by Screenshot of Compassion Over Killing video

A screenshot from the video from the advocacy group Compassion Over Killing shows a cow getting kicked by a worker at Mason Dixon Farms in Gettysburg.

(Harrisburg) — A midstate man has pleaded guilty to three counts of animal cruelty after a video from an advocacy group showed workers punching and kicking cows.

He’ll be ordered to pay fines and court costs, which are expected to top a thousand dollars.

The case came to light after the advocacy group Compassion Over Killing released a video filmed at Mason Dixon Farms in Gettysburg.

It showed workers striking cows in the face and udders.

Mason Dixon fired one worker after the video was released.