Change proposed in the way PA fills the office of Lt. Gov. 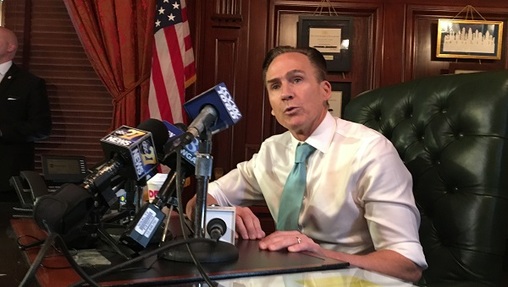 (Harrisburg) — A state lawmaker is using the current turmoil in the Lieutenant Governor’s office to push for a proposed change in the way we fill that office.

Governor Tom Wolf took away most of the staff and the security leading many to ask if there is a rift between the top two elected officials.

State Senator David Argall says this is a perfect reason why gubernatorial nominees should be able to pick their own running mates.

Currently, lieutenant governor candidates run independently in the primary, then join the gubernatorial nominee to form their party’s November ticket.

A constitutional amendment requires passage in two consecutive legislative sessions, then approval by voters in a statewide referendum.