Some nonprofits worry politics could creep into their work 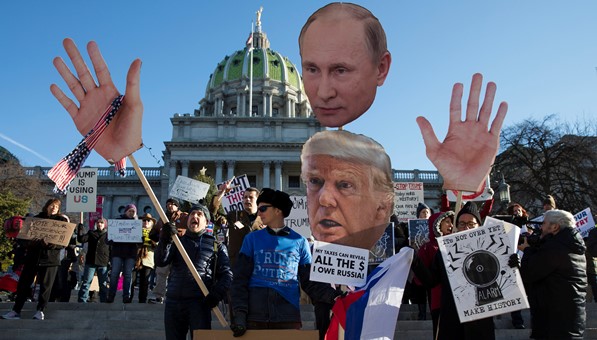 Protesters demonstrate ahead of Pennsylvania’s 58th Electoral College at the state Capitol in Harrisburg, Pa., Monday, Dec. 19, 2016. The demonstrators were waving signs and chanting in freezing temperatures Monday morning as delegates began arriving at the state Capitol to cast the state’s electoral votes for president. (AP Photo/Matt Rourke)

(Harrisburg) — A group that represents nonprofits in Pennsylvania is concerned about a move that could allow these kinds of organizations to endorse political candidates.

President Donald Trump has pledged to “totally destroy” the Johnson Amendment. The amendment – in place since 1954 – bans nonprofits from endorsing or opposing a political candidate.

Some churches complain it restricts their free speech rights and is too vague.

But on the other side, the Pennsylvania Association of Nonprofit Organizations sent out an urgent call to action recently to protect the amendment.

Anne Gingerich, head of PANO, says if nonprofits could endorse candidates, that could bring a whole bunch of complications into play.

“One of the things that I think nonprofits have that is part of the beauty of what we do is we partner with those parties on a whole lot of different issues and are able to bring people with multiple viewpoints to the same table, around the cause of high quality of life and community,” says Gingerich.

Gingrich says she understands why some churches are upset about the amendment, but she’s also concerned that nonprofits would feel pressure to get involved in politics if the amendment was repealed.

“It gives us some protection in that we don’t have to engage in politics, and in fact we can say that we aren’t allowed to, which again keeps the nonpartisan door more open than if we just organization by organization agree to not campaign for a particular candidate,” she adds.

Gingerich points to a survey of Pennsylvania nonprofits that shows 84 percent oppose repealing the amendment.

President Donald Trump has repeatedly vowed to get rid of it.

Only Congress has that power.