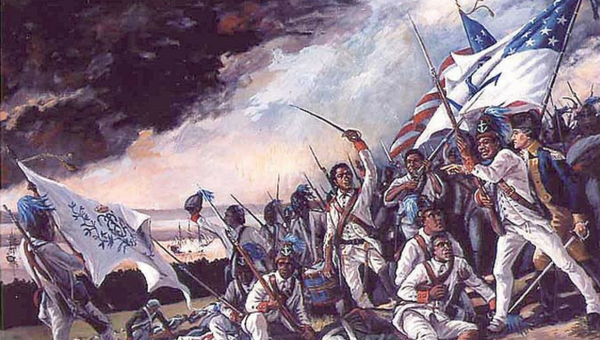 In 1926, the Association for the Study of Negro Life and History declared the second week of February “Negro History Week.”  The effort was to introduce the history of African Americans in public school and its timing was chosen to coincide with the birthdays of Abraham Lincoln and Frederick Douglass.

Forty-three years later, the Black United Students at Kent State University proposed extending this to the full month and in 1970, Black History Month was celebrated for the first time.

On Wednesday February 8th, the Widener Commonwealth Law School will host the National Parks Conservation Association as speaker Alan Spears will discuss the contributions of African Americans to the history of national parks including Gettysburg, where African Americans managed supply lines for both the North and South and Valley Forge, where black soldiers fought the British on the front lines alongside white soldiers.

Spears is the NPCA’s Director of Cultural Resources and serves as the association’s historian and has spent years developing programs to create greater accessibility to park resources for a wider diversity of park users.

Tonya Evans is the Associate Dean for Inclusion and Equity at the Widener Commonwealth Law School and will join Alan Spears on Smart Talk to discuss the importance of teaching African American history in creating a community of inclusion.

Human skeletal remains were recently found in the woods in Cumberland County.  The bones are estimated to be about two years old.  Now, the focus will be on identify the remains.

So what is the process?  Who will assign a life to this scattering of old bones?

Graham Hetrick has served as Dauphin County’s coroner for 25 years, participated in 3,000 autopsies and certified more than 13,000 deaths.  He is an avid student of thanatology – the study of death and how passings impact people and society.  He lectures on grief counseling and hosts The Coroner: I Speak for the Dead on the Investigation Discovery channel.

Hetrick will join Thursday’s Smart Talk to talk about identifying human remains and discuss the topic of death and why it is important to understand the process of dying.