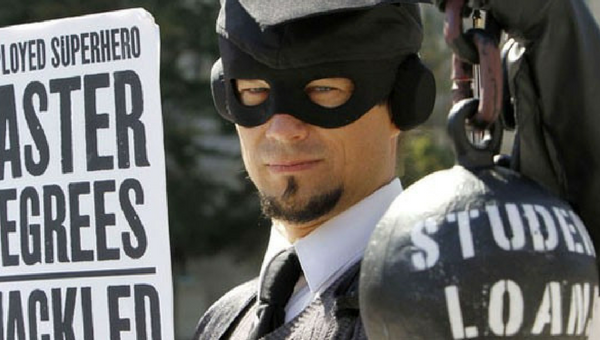 A 2016 report issued by the University of Pennsylvania Institute for Research on Higher Learning determined that PA ranks 49th in the nation for college affordability.  The report, titled the 2016 College Affordability Diagnosis, found that financial aid no longer covers an entire four year education, that lower and middle-income families face too many economic obstacles to effectively save for college and too often taking on debt has become the default option for students pursuing a degree.

In her 2016 book, Paying the Price: College Costs, Financial Aid, and the Betrayal of the American Dream, Sara Goldrick-Rab points to an economy that does not support the financial structure necessary to secure a college education.  The Temple Professor of Higher Education Policy & Sociology argues that loans are the only way to a degree for many students and “there is reason to think that until prices are reduced students from low-income families might be more successful in college if they were willing or able to borrow more.”

We will talk about the daunting task of paying for college – overcoming the obstacles and finding the opportunities in achieving a degree in the current economic climate.   Joining Smart Talk are Dr. Joni Finney, Director of the University of Pennsylvania’s Institute for Research on Higher Education and lead author of the 2016 College Affordability Diagnosis and Dr. Sara Goldrick Rab, author of Paying the Price.

– My wife and I have 9 kids, and earn just over $50,000 a year. Some of our kids went to trade schools, one is disabled, and one went to the military, but we have 2 kids that are going to college, and have worked during summers to save, and to cut costs for the first two years attended community college to save on expenses. Our oldest in college is getting ready to graduate, debt free, and our total contribution to her education, over 4 years, was just over $4000 total. She worked VERY hard at two jobs over the summer and works when she can while at college. It CAN be done.

–  What has been the impact on college costs of the significant increase in the size of the college administrative staff over the past 30 years?

– My thoughts on the affordability of college, and our country at large, always leads me to think of immigration and visas.

Frequently, foreign nationals are allowed in as adults because they have education or skills in areas that our country is lacking.

The flip side to this is that, in some of their countries, technical education and even college education is free or subsidized by their government

–  Nearly all state colleges in PA and other states were tuition free by law at one time.  I suspect the reason this is no longer true has a lot to do with game theory as it relates to brain drain.  Why would a state subsidize a student’s tuition and then have them move out of state for better wages.  So, as soon as the demand for teachers started to drop, it became a race to the bottom.

This suggests that you need a ‘closed economic zone’ such as the entire united states to subsidize tuition in order to counteract perceived economic losses from free tuition.