“Do we need to have our NPR voices on?” asks Matt Wheeler.

“Welcome back to Fresh Air. This is Terry Gross,” Matt says doing an impression of the host of the well-known NPR program.

The Lancaster-based band Matt Wheeler and Vintage Heart came by our studio to play some songs and chat. And Matt expalined what it’s like being a dad, twice over. He’s got a 6 year old son…and a band.

“We usually take my car when we’re on the road,” he explains. “And I leave the child locks on because I have a 6 year old who likes to mess with the door handles otherwise. But then when we get out when we get where we’re going, me and whoever’s in the passenger seat usually forget someone else is in the back. And Shawn or Caleb or whoever will be like, ‘Dad! Dad!’ Plus I’ll, you know i f we’re on the road, I’ll pay for our meals also.” 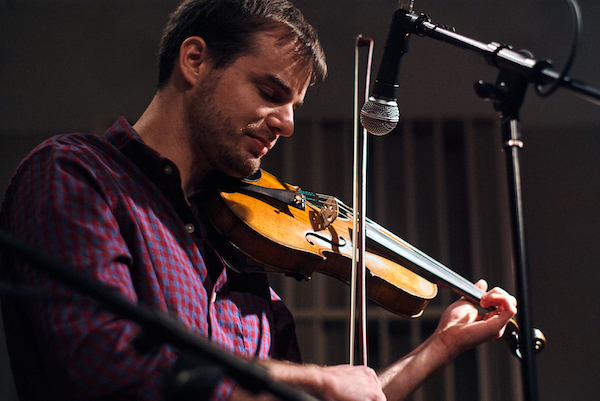 Matt’s bandmates are drummer Shawn Vago, violinist Caleb Brown and cellist Andrew Berg. And in an earlier conversation Matt and I had talked about our mutual love of words, and I asked him who are some of his favorite wordsmiths.

“I’d say Josh Ritter is one of the biggest ones for me. Colin Meloy from the Decemberists. Sam Beam from Iron and Wine. Josh Garrels, and to skew a little older James Taylor is one of my favorites. I like to say that I like to read the books that they make you read in high school and college. Hemingway C.S. Lewis there are others. Sometimes like to spin my own historical works of fiction but it’s largely based on the work of people like that.” 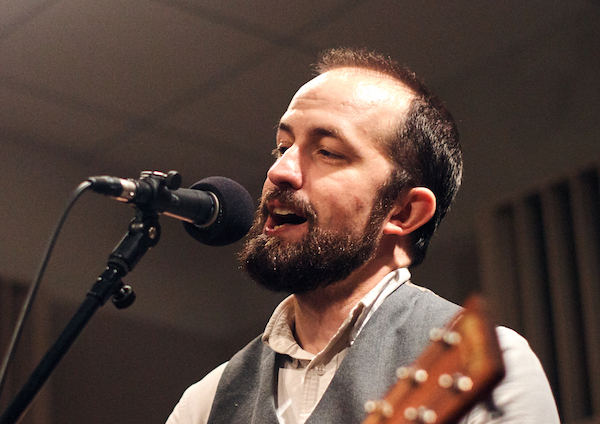 In our studio Matt and his band played us an example of one of his songs rooted in his readings.

“I was watching Jeopardy a few years ago which I know is strange to start there, but they had this category, it was Final Lines from Classic Novels and one of them was something, I may not quote it exactly, “And he went to sleep and dreamed of the lions” and the correct answer was The Old Man in the Sea and I was like, ‘I’ve read that, I don’t remember that.” And I went back and read it with a mind toward possible coming up with a song.” 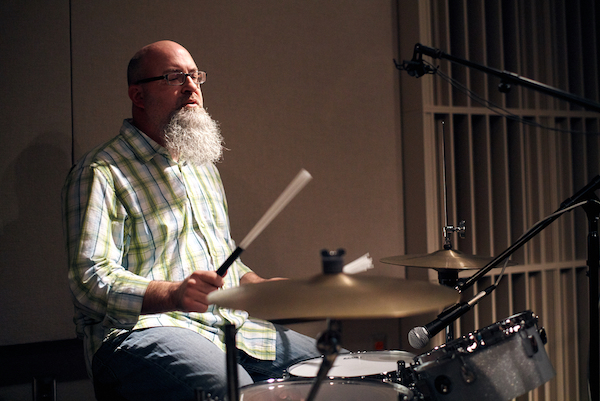 “So the song ends up being from the point of view of the old man whose name is Santiago even though the narrator doesn’t really call him that. It basically is about that struggle and him holding out hope in the midst of it. It’s the sort of thing where I tried to make it vague enough that if you have no idea it’s about the old man in the sea it’s fine, but if you do know that it’s the old man in the sea then there’s all these things that just all of a sudden make sense. You know the mention of the Gulf Stream or “eighty days and nights I’ve waited for this fight”. At the beginning of the book it says he’d been eighty days or so without catching anything.”

Keep an eye out for new music from Matt Wheeler and Vintage Heart; a successful fundraising campaign just wrapped up for their new album which is due out soon. 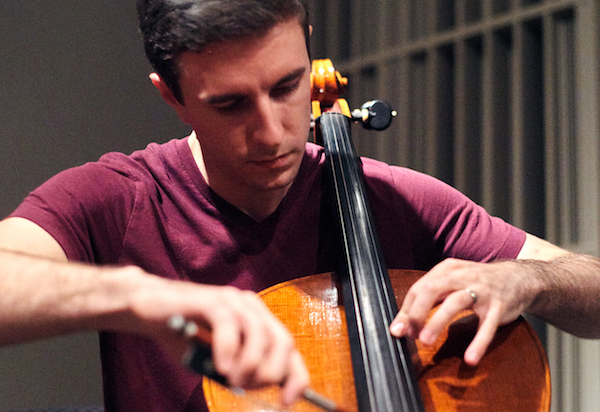