PennDOT to winter: “Bring it on” 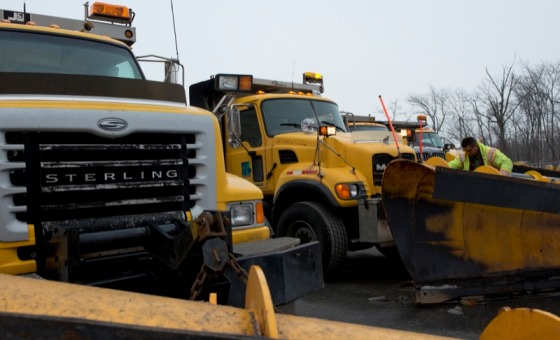 Photo by Courtesy Commonwealth of Pennsylvania

(Harrisburg) — PennDOT is bracing for a hard winter by dedicating 205 million dollars to statewide winter operations this year.

PennDOT Secretary Leslie Richards says there are 48-hundred workers ready to hit the roads during a winter storm event and residents will be able to see where they are on 511PA dot com as they clear the highways.

Richards says, after a successful pilot program in 2014 and 2015, automated vehicle locaters will now be on all 22-hundred plows in the commonwealth.

“What that will allow us to do is not only keep track of where the routes are being implemented, but it will also allow us to track things like how much solution is going down on the roads (and) the temperature of the road surface as well as the air,” she said.

Richards also said the expanded use of the locaters will help PennDOT become more efficient with every snowstorm event.

Drought still a concern for half the state