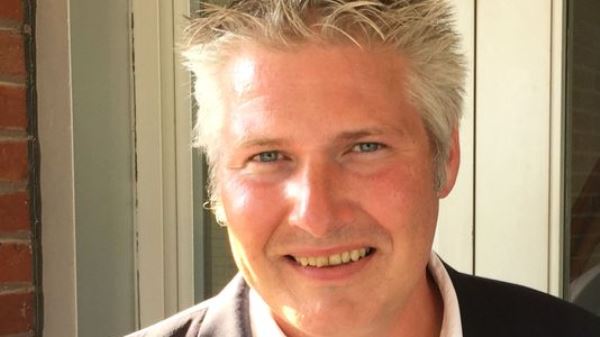 Matt Millsaps was named acting chief of the West York Borough Police Department after Chief Justin Seibel was placed on administrative leave. Millsaps was a part-time patrolman with the department and has roughly 16 years of experience in law enforcement. (Photo: Gordon Rago, York Daily Record)

Matt Millsaps woke up as chief, probably retired for the night as chief — in between was a suspension by the mayor.

Millsaps was suspended without pay for a day after Wasko sent a letter to council on Tuesday, referencing the acting chief’s suspension. The borough solicitor reviewed the letter and determined the suspension was not valid. Council president Shawn Mauck sent an email to the mayor Wednesday night, saying Millsaps would return to work on Thursday morning.

In his office on Thursday, Millsaps said his priorities are to ensure public safety for residents and visitors, and maintain a level of motivation and esprit de corps as well as the safety and well-being of the officers in the department.

“And this type of activity just, in my mind, kind of hinders that,” Millsaps said.

The department has been in transition. Millsaps was appointed acting chief while Chief Justin Seibel is on paid administrative leave. Borough officials have declined to say why Seibel was placed on leave, saying it is a personnel issue.

“The borough and I have been discussing the situation on a regular basis over the past few weeks,” Paskey said.

Paskey hasn’t been told whether the matter will be discussed during a borough council meeting on Monday evening. Paskey said the borough hasn’t told him by what date it will resolve the chief’s status.

He declined to comment on why Seibel was placed on leave.

On Thursday afternoon, Mauck said that he has not heard from Wasko since he informed the mayor that Millsaps would be returning to work.

Numerous attempts to reach Wasko have been unsuccessful.

Wasko has come under fire in recent weeks for some posts on his Facebook pagewhich have been described as offensive and racist. The posts have made international news. Borough council members and some members of the public have called for the mayor’s resignation.

After he was publicly criticized, Wasko wrote on his Facebook page that he will not be “politically correct, I will say what is on my mind and what I believe in …”  Wasko also told WHTM-Channel 27 that, “The racist stuff, yeah I’ll admit I did that, and I don’t care what people label me as.”

The council voted to censure the mayor last week. State Sen. Vincent Hughes, D-Philadelphia, also has sent a letter to state Sen. Joe Scarnati, president pro tempore of the state Senate, asking that a committee be appointed to investigate the potential removal of Wasko.

In the same letter referencing the suspension for Millsaps, Wasko put forth a proposal that could potentially lead to his resignation. He detailed four requests and indicated he would turn in his resignation if the council accepted one of them, Mauck has said.

The council is “entertaining” one of those requests — hiring a sergeant for the police department, Mauck has said. The council already was considering doing that.

Council will hold its regularly-scheduled meeting at 6 p.m. Monday, and council members hope to officially accept the mayor’s resignation. It would be effective Oct. 21.

The borough’s Civil Service Commission is scheduled to meet at 5 p.m. at borough hall. The commission has the power to reverse a suspension by the mayor.