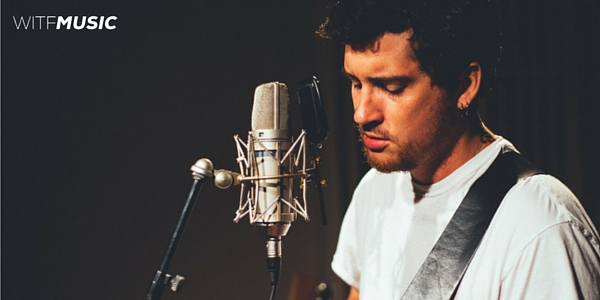 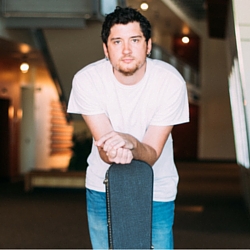 Nick Andrew Staver of Shippensburg had plans to go to college and play baseball when he graduated from high school. But 15 years later, he’s a full-time musician instead. And he’s made a pact for himself.  “Don’t ever write a song that isn’t true…Every thing’s a true story. I want people to know who I am and who I am because of the people that came before me made me.”

Nick and his wife lived in Philadelphia but moved back to the Shippensburg area as part of a compromise. “And sort of the compromise that my wife and I made was if we could move back I could end up trying playing music full time. And it’s gone really well so far. I’ve gotten a lot of support from family and friends. I’ve learned how to live cheap. You don’t need a nice hotel when you’re out on the road, and learn how to find friends and network, find a couch to sleep on. So finding that compromise with my wife was a big thing. She’s a fantastic supporter. She doesn’t really miss too many shows. She’s a school teacher so in the summertime she’s able to travel with me so I at least have somebody else in the car with me.”

One of the more recent recordings Nick’s been listening to is a recent release by Luther Dickinson of the North Mississippi All Stars. He also cites Jason Isbell and Otis Reading as inspirations. “Otis Reading made me want to be able to write and sing like him. You could feel him sweating through the speakers. He could get into it. So [a song like] “These Arms of Mine” is probably the song that every single time I hear it, something pops in my head and I’m ready to go write a song.” 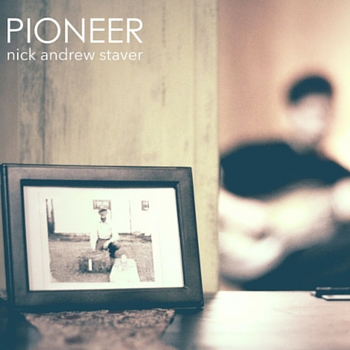 Nick’s latest CD is titled Pioneer, which is a nod to Nick’s family history. His grandfather had passed away and during the planning for Pioneer, his grandmother passed away too.

“We were cleaning out her house and he worked for the Pioneer Seed Company. As we were kids we were joking around that everything from the bubble gum to the pens to the paper had the Pioneer emblem on it. So that name Pioneer, it’s synonymous with my grandfather. When you look at the album cover, I’m kind of in the background blurry but in the foreground is a picture of him. And there’s a scarf underneath that picture which is a nod to my grandmother. That scarf was one of the first gifts that he ever gave her. I know that he being a farmer, he was a hard worker. I believe that he instilled that into his children and I believe that was instilled in to me. I just thought it would be a nice thing to do to dedicate that to him too, that way there’s always a musical connection between my life and his.”