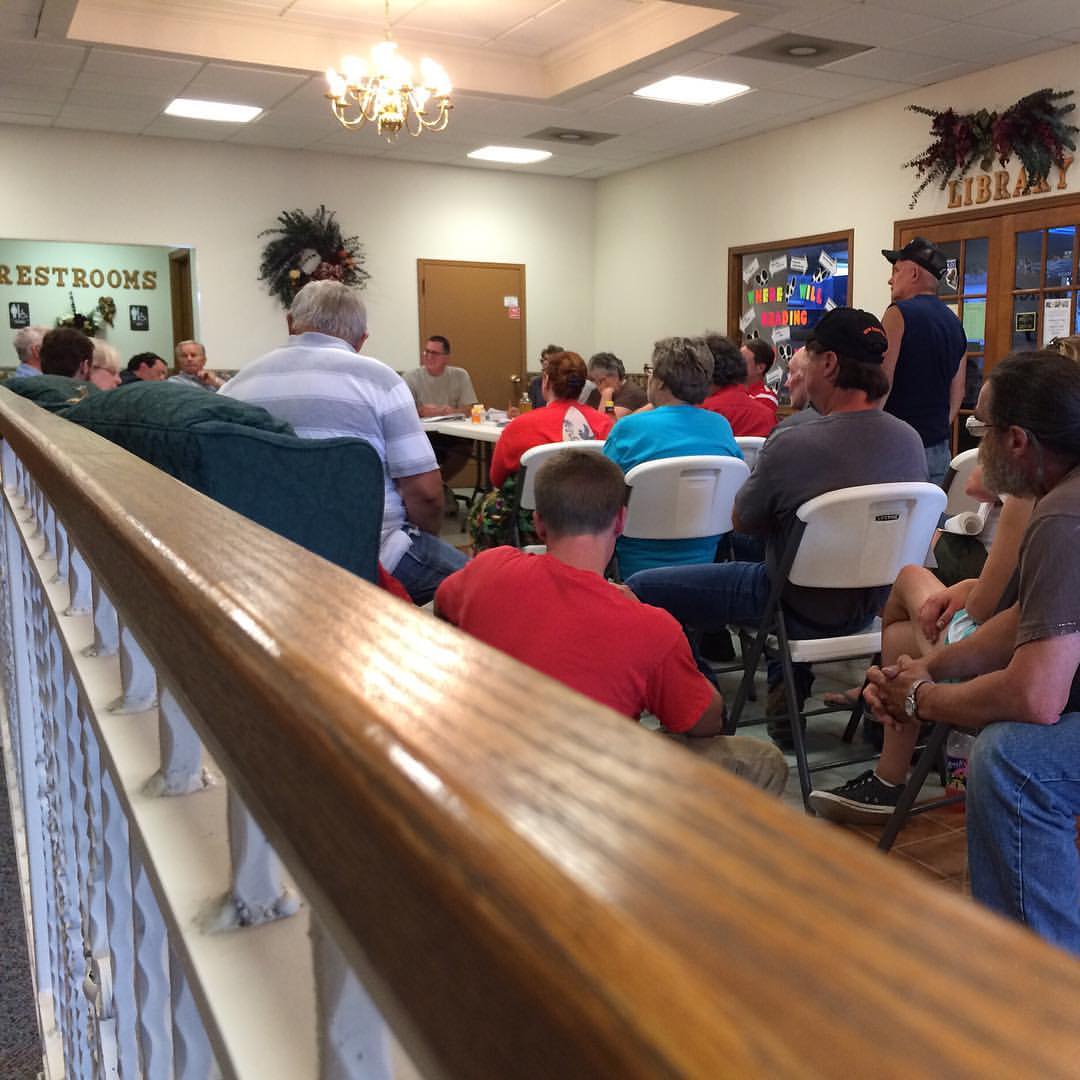 Gallitzin Borough Council moved its monthly meeting into the atrium of the municipal building because officials expected a larger crowd than usual. (Emily Previti/WITF)

(Gallitzin)– Officials in one Cambria County borough have decided not to fight a recent court ruling that overturned its ban on landlords renting to people convicted in the past seven years of a felony drug offense.

Borough council met on Wednesday for the first time since the ruling, and just a few days before the appeal filing deadline.

Elected officials opted not to appeal, so the ordinance will stay off the books.

But former councilman Roger Renninger, who voted it through while in office, says he thinks the law’s mere existence, however brief, sent a message about Gallitzin’s stance on dealing drugs.

“The landlords, number one, and the people who are proposing to rent in town are now more aware that we’re not going to put up with it as a community,” Renninger said.

Just two other communities – Sunbury and Mifflinburg – are known to have similar ordinances. Each is worded differently, though, so it’s unclear whether they conflict with state law, which is why Gallitzin’s ordinance was struck down.

But Gallitzin Solicitor David Consiglio has been instructed to craft a new ordinance also aimed at dealing with the community’s drug problem.

It’s unclear what else officials have tried. Gallitzin’s had just one drug arrest in the past year. It’s also the only municipalitiy in Cambria County with naloxone on hand, documents show.

Consiglio didn’t provide further details or say when a version of a new law might go public.

“I’m going to look at our existing ordinances, other ordinances are already on the books and see if I can supplement those in ways to address the issues that this past ordinance sought to address,” Consiglio said.

Darcy Smith, the resident who sued over the old ordinance, wasn’t surprised to hear about council’s plans.

Hers are to file another lawsuit seeking damages for emotional distress.