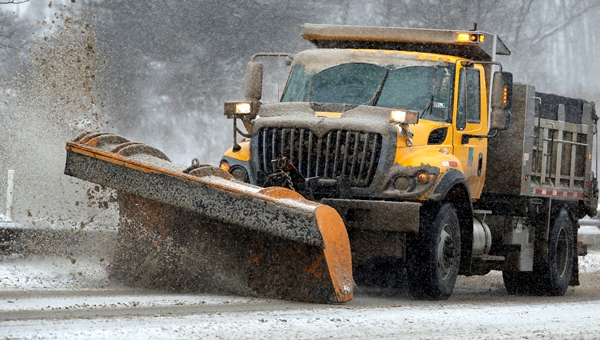 (Harrisburg) — With the entire region under a winter weather advisory, PennDOT is warning drivers to be prepared for snow, ice and rain.

Secretary Leslie Richards says people should consider postponing any travel unless it is necessary.

“Exactly how much snow or ice any given region will see will vary through the storm, but it’s certain the forecast could mean potentially hazardous travel through tomorrow,” Richards said. “We expect much of the state will see some sort of icing overnight…that combined with nighttime visibility, means drivers should consider postponing any unnecessary trips.”

PennDOT has more than 2,200 trucks, plows and salt spreaders and 4,800 staff members statewide who will operate continued shifts through the storm.

“Our crews will work around the clock through the storm and if it’s snowing harder, is icy or they’re caught in traffic with other motorists, it will take longer for routes to be completed,” Richards said. “If drivers must be on the road, especially in icy conditions, they must be prepared.”

Much of the region could see two to four inches of snow by tonight.

The highest expected accumulation could be three to five inches in Union County.

Ice accumulations could be up to a tenth of an inch.

PennDOT has more than 2,200 trucks, plows and salt spreaders and 4,800 staff members statewide who will operate continued shifts through the storm.

The Pennsylvania Turnpike has temporarily lowered the speed limit on some portions of the roadway to 45 miles-per-hour.

STDs hit younger group most in York and beyond