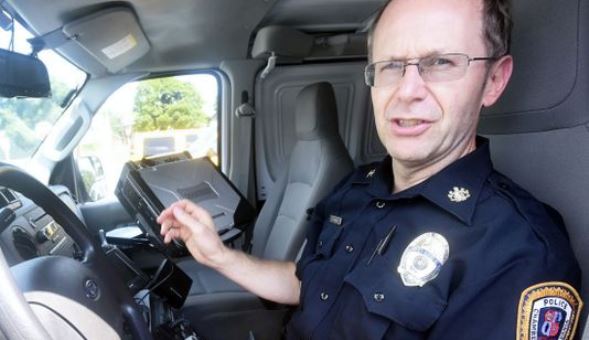 Council has voted unanimously to hire the Robert B. and Helen S. Meyner Center and it’s associate director, David L. Woglom, to help a search committee define issues such as the position’s responsibilities and potential salary and benefits, as well as other things like establishing recruitment and appointment procedures, identifying the publications to use in advertising for the position, and scheduling the interview process.

Morrissette, who will lead the department during the search, said at the time of his appointment that he doesn’t intend to seek the position permanently.

Stonehill said that because of prior commitments, Woglom won’t be able to start “in earnest” on the project until March.

However, council will have plenty to do while waiting for Woglom, Stonehill said.

“There is work the search committee can do in the interim, such as refreshing the job description (for the position) and brainstorming the qualities that the committee wishes to find in the next chief,” he said.

Woglom estimates the recruitment will be completed by summer 2016, Stonehill said.

“The first step after Mr. Woglom joins the process is to draft the advertisement and discuss his experiences with prior Pennsylvania police chief recruitments,” he said.

Woglom has in the past helped the boroughs of Wilson and Pen Argyl, as well as Upper Moreland and Lehigh townships and the State Belt Regional Police departments recruit police chiefs,

Woglom is expected to prepare and mail the position advertisement to newspapers and professional publications, review resumes and check references of applicants, then recommend candidates for interviews.

He could also help prepare a list of interview questions and, if the hiring committee chooses, participate in the interviews.

Once a candidate is chosen, he could also help negotiate the terms of employment with that individual.

The cost of his services won’t exceed $7,000, according to information from the meeting agenda, a price Stonehill said is extremely reasonsable, in part because the Meuner Center is a non-profit organization, not professional recruiters.

Council has said it wants to search state-wide for a police chief candidates.

This article comes to us through a partnership between WITF and the Chambersburg Public Opinion.

How much do Lebanon County schools spend on their boards?