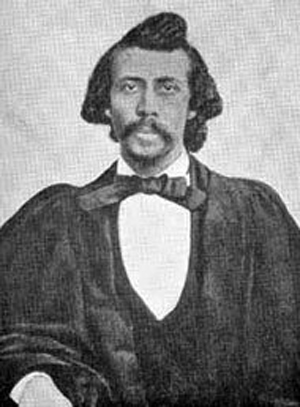 You may not have heard of William Howard Day, but if one examines his life and accomplishments, you probably should have.

As part of Black History Month, Smart Talk focuses on Day’s work in the abolition movement during the mid-1850s and as the nation’s first African-American school board president when he was elected to lead the Harrisburg School Board in 1891.

Day also was the first African-American employed by the Commonwealth of Pennsylvania.

Also, African-Americans have been portrayed in a variety of ways in popular culture throughout American history — most of them were negative or even racist.

Shayna Watson of the Lancaster branch of the NAACP and Prof Jim Siburt of Eastern Mennonite University joins us on Smart Talk to discuss their presentation “From Black Face to Black Panther: The Evolution of the Depiction of People of Color in Comic Books, Graphic Novels, and Film.”