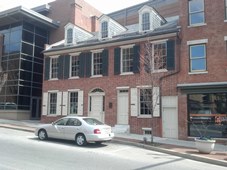 (Harrisburg) – Pennsylvania’s population is growing fastest in the suburbs – and experts say the trend signals an abandonment of post-recession spending restrictions.

Townships have accounted for nearly 79 percent of the population increase in Pennsylvania since 2010. Cities kicked in about 27 percent, or 19,600 people, while boroughs declined around 6 percent, according to an analysis of the most recent U.S. Census Data by the Pennsylvania Data Center.

Suburbs are surging nationally as well – reversing a recent “blip” during which cities kept growing and their outlying areas stagnated, according to Penn State Professor of Public Policy and Administration Beverly Cigler.

“Largely during the recession, Cigler said. “(They) were reconsidering where they live, and the costs of transportation. There was a lot of bad press on suburban sprawl, and what that means to the environment and to your energy costs.”

The suburban boom, however, has since resumed, Cigler said.

“We’re an auto-dependent society. People like their cars, single-family homes. And they like suburban living,” Cigler said.

Not everyone is abandoning their preference for “more compact, walkable development,” however, she said.

Urban preferences are strongest among young professionals and “empty-nesters” looking to streamline their living situation, she said.

But the 19,000-person increase amounts to just a third of what the suburbs experienced, according to WITF’s analysis of the Data Center’s release

And it would have been an 8,000-person loss, if not gains in Philadelphia, the analysis shows.

Here’s how the 10 most populous cities have fared since 2010:

Aside from Philadelphia, which remains the nation’s fifth-largest city, the Commonwealth’s biggest residential increases during the past few years occurred suburban townships:

Residents left all but three – Pittsburgh Wilkes-Barre and Chester – of 21 communities engaged in the state’s Act 47 financial recovery process.

Harrisburg, Scranton and Reading also are among the communities seeking state intervention through that program.