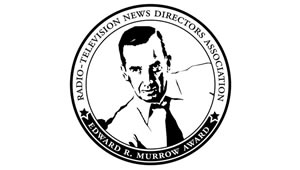 It’s the fourth year in a row the public media organization netted a half dozen regional honors from RTDNA.

The awards acknowledge work of the highest quality produced by radio, television and online news organizations around the world. RTDNA groups WITF in a region that includes all of Pennsylvania, New York and New Jersey. It competed against all radio stations in markets 51 and smaller in those areas. The six awards are the highest in the three-state region and tied for highest in the country with four other organizations among small market radio stations.

“RTDNA is proud to be able to honor the best of local broadcast and digital journalism with these prestigious awards while honoring the legacy of Edward R. Murrow,” said RTDNA Chairman Chris Carl. “I would like to personally congratulate all the regional winners and wish them luck as they move on to the national competition.”

“The Murrow Awards honor journalism at its finest,” added Mike Cavender, Executive Director of RTDNA. “Local newsrooms serve their communities 365 days a year, and we’re proud to recognize the great work they do.”

RTDNA received more than 4,000 entries during the 2014 awards season, surpassing 2013 by more than 500 entries and setting an all-time record for entries in what proved to be one of the most competitive Edward R. Murrow Awards seasons in RTDNA history.

Through its efforts to shine a light on allegations natural gas companies were shortchanging royalty payments to leaseholders or profiling young farmers at the Pennsylvania Farm Show, WITF‘s Multimedia News Department work has been recognized, once again, as among the best in broadcast and digital journalism.

“WITF might not accomplish this level of award-winning journalism without the support of our members and community connections. Our reporters put their time and talent to work every day to ensure our financial supporters recognize the value of their funding,” WITF‘s CEO Kathleen Pavelko said. “These awards are really a testament to a partnership of quality, in-depth journalism along with a devoted membership and corporate partners.”

“It’s a tremendous honor,” Multimedia News Director Tim Lambert said. “It’s fulfilling to see projects we dedicate time and resources to as an organization receive such recognition from our peers across the country. I can’t say enough about the dedication of our reporters to serving our listeners each and every day.”

Two of WITF‘smajor initiatives were honored. StateImpact Pennsylvania, a collaboration between WITF and WHYY in Philadelphia to cover the commonwealth’s energy economy, was recognized with two awards, both by Marie Cusick. Transforming Health, an interactive, multimedia effort to take a deeper look at the changing tide of healthcare, was recognized for its website.

The recipients of the Regional Murrow Awards are:

“This year’s regional Murrows validate the strategic commitments WITF has made in three areas: (1) quality in-depth journalism, as recognized with awards toStateImpact PennsylvaniaandTransforming Health; in arts/culture and history, as recognized with awards for stories on the Cigar Box King and the PA Farm Show; and for community engagement, as recognized with an award for thePushed Around, the bullying project,” said WITF‘s Senior Vice President of Content Cara Williams Fry said. “We are grateful that our work on behalf of our region has been so honored.”

“We take our responsibilities to provide a strong public service to the region very seriously,” Lambert said. “Our team works every day to live up to the ideals of the highest quality of journalism.”

Winners of the RTDNA regional awards are automatically entered in the national Edward R. Murrow Awards competition, which will be announced in June. National awards will be presented at the New York Marriott Marquis in New York City on October 14. 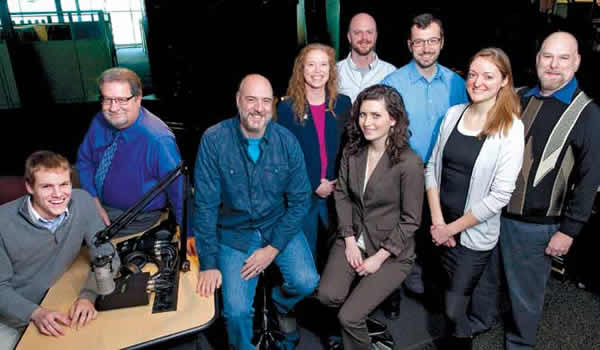 From 2006-2013, WITF has been honored with 36 Regional Edward R. Murrow Awards by the Radio Television Digital News Association — the most of any media organization in Pennsylvania.

WITF has been honored:

WITF is a valued source of educational, inspiring and creative content for adults and children in every community in Central Pennsylvania. WITF‘sprograms and services reach nearly two million citizens in 19 counties throughout the region. WITF is comprised of public broadcasting stations WITF TV, WITF 89.5 & 93.3, witf.org and many educational services as well as regional magazine Central PA (published by The Patriot-News in an association with WITF). The organization also includes the news networks RadioPA and Pennsylvania Public Radio, as well as Media Solutions and Top Flight Media.