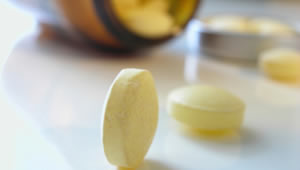 (Harrisburg) — A group of Pennsylvania physicians are working to reduce the number of drug overdose deaths in the state each year.

In response to the commonwealth ranking 14th in the country last year in drug overdose deaths, the Pennsylvania Medical Society has launched a campaign to address the issue.

The group’s CEO, Mike Fraser, says the numbers are sobering.

“Consider this, more Pennsylvanians are dying from drug overdoes than in car accidents,” he says.

Dr. David Talenti is the vice chair of the Society’s Board Trustees. He says a drug overdose task force is being formed to help the legislature and the Corbett Administration deal with the problem.

“We’d like the governor and our legislators to rely on the expert advice of physicians in regulating the opiate prescribing problem in the commonwealth,” he says.

Dr. Carrie DeLone, the state’s Physician General, says the task force will look at what works in different health care settings — such as a doctor’s office and emergency department — in order to develop best practices to prevent abuse.

“The focus of this group is to find consensus on best and safest prescribing and pain management practices and then to effectively promote these practices to health care workers and the public,” she says.

Noting one-third of all the prescription and over the counter medicines purchased in the U.S. go unused or expire in medicine cabinets, she says a statewide drug take-back box program will help get extra prescription drugs safely out of the home to eliminate easy access to them.

Two nonprofits will team up during disasters