Artist Rob Evans of Wrightsville doesn’t have to look very far for inspiration for his work. “Sometimes, just by taking something as simple a refrigerator,” he says, “or a simple object that you see day to day but framing it in an almost iconic way in a painting can change it and give it that real unusual feeling to it that makes you look at it twice. I want people to come back to the paintings and keep finding intrigue and maybe then see their own world in a different way.” And the result of his vision is unique.

Rob was influenced by painters like Rembrandt and others who were known forchiaroscuro; artists with a keen interest in the contrast between light and dark. He utilizes this technique in his work in part because light can help direct the viewer’s eye, but also he says, “I think too it just comes from a sense of the mystery about things, and really everything comes down to light and dark, things being illuminated, or the darkness often being a metaphor for the things we don’t understand, life and death, those types of things. So I think that light/dark has always fascinated me.” 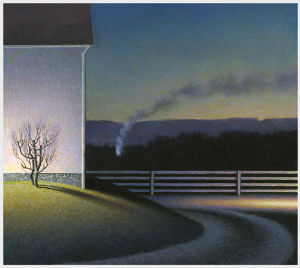 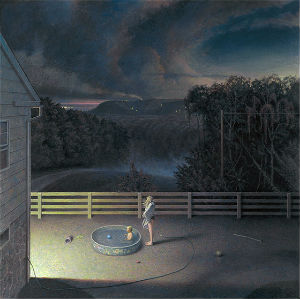 More about Rob and his work can be found at his websitehttp://www.robevansart.net.