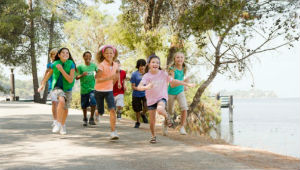 (Harrisburg) — More than 30 percent of children are considered overweight or obese. While the childhood obesity epidemic is a nationwide problem, steps are being taken to tailor a solution that meets Pennsylvania’s specific needs.

Pennsylvania is one of only three states in which obesity rates are increasing among low-income preschoolers. The Centers for Disease Control and Prevention released the data mere weeks after the state House unanimously approved a resolution establishing an advisory committee to study childhood obesity in the Commonwealth. 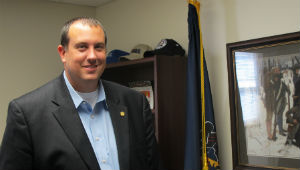 The resolution was sponsored by Republican Representative Seth Grove of York County, who says the CDC data underscores his desire to develop a statewide plan of action.

“It could be states have employed different tactics to deal with it. That’s part of what the committee is looking at,” he says. “What are other states doing? What are we doing? Maybe what we’re doing is not being effective anymore and we need to switch to a different tactic to try to deal with this.”

Dr. William Cochran is one of the 20 medical professionals, nutritionists, educators and community leaders recently tapped for the Advisory Commission on Childhood Obesity. Cochran is vice chairman of pediatrics at Geisinger Medical Center in Danville and director of the health system’s pediatric weight management program. 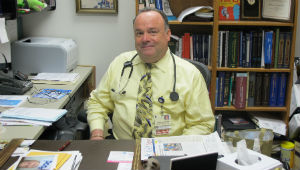 He says this childhood epidemic is affecting adult health.

Overweight preschoolers have a 35 percent probability of being obese as an adult. Compare that to the seven percent risk for a normal weight child, and Cochran says prevention is key.

Genetics are a factor, but the doctor says the gene pool hasn’t changed enough in the past generation to account for the drastic increase in childhood obesity.

That leaves diet and lifestyle as the two obvious culprits.

Cochran says sugary drinks are being consumed earlier, more often and in much larger quantities than they used to be.

It’s estimated that 20 percent of overweight and obese children drank their way there by consuming too many fruit drinks, sports drinks and sodas. 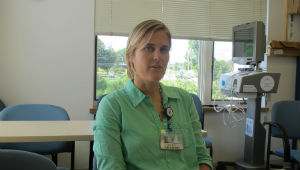 Macy Reall, a clinical dietician at the Penn State Hershey Medical Center, is another member of the state’s advisory committee. She says she’s disappointed Pennsylvania’s one of the few states showing an increase in obesity rates, but isn’t shocked.

“They come in with the video games even when they come to see us, so they’re doing a lot of video gaming. We ask what type of exercise they are getting and parents say, this type,” Reall explains while gesturing with her thumbs as if she were playing a video game, “thumb exercises.”

Reall is trying to encourage at least one hour of physical activity every day.

She says education is key to prevention, and education is a family affair. After all, studies show 70 percent of parents don’t know when their child is overweight.

But Reall is optimistic the commission can make a difference.

Representative Grove addressed the group at its first meeting, and cautioned members to avoid unfunded mandates, but says he’ll be leaving the recommendations to the experts.

The group’s second meeting is scheduled for October. Its report is due in June.