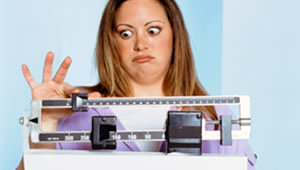 (Princeton, N.J.) — A new report shows Pennsylvania’s obesity rate has leveled off, but the commonwealth is still the 20th heaviest state in the nation.

The tenth-annual “F as in Fat” report from the Trust for America’s Health and the Robert Wood Johnson Foundation shows the state’s overall obesity rate is just above 29 percent.

The foundation’s Dwayne Proctor, Ph.D., says obesity rates vary by income, with a higher percentage of lower-income people being classified as obese.

Proctor says one of the most alarming findings comes from a Federal Centers for Disease Control and Prevention study showing obesity for Pennsylvania’s preschoolers is on the rise.

He says being overweight can lead to health conditions like heart disease and diabetes.