Accident-damaged TMI reactor to be decommissioned in 2034 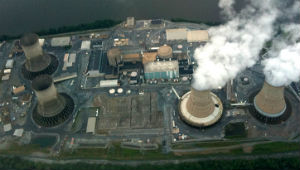 Reactor two was damaged in a partial meltdown in 1979, the worst commercial nuclear power plant accident in American history.

First Energy, which owns it, says decommissioning will include decontaminating the structures and removing them.

Spokeswoman Jennifer Young says in the meantime the unit is secure.

“The unit is currently being maintained in a very safe condition, it’s constantly monitored, and any maintenance that needs to be done is being taken care of,” Young says.

About 1 percent of reactor two’s fuel is still inside.

Exelon Generation, which operates neighboring reactor one, has upgraded its equipment and extended its license through 2034.

A public hearing on the future of Unit 2 is set for Wednesday night at 7 at the Hershey Lodge.