For prisons policies, a plan to add “racial impact” to the scales 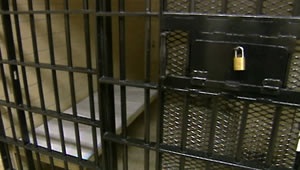 Across the country, interest is growing in reviewing proposed legislation for its effect on minority populations. A state House proposal marks the first known effort to make such studies the norm in Pennsylvania for bills that would change corrections policy.

The plan, sponsored by Rep. Vanessa Lowery Brown (D-Philadelphia), would require so-called racial impact statements to be tacked onto proposed changes to the commonwealth’s corrections policies (bills already require a fiscal impact statement before they are debated in the House and Senate).

The pioneer of this particular legislative analysis is Wayne Ford, a former state representative in Iowa, where he successfully pushed for a more general minority impact statement on any corrections bills in 2008.

Ford called the process a clearinghouse to show whether minorities would be negatively affected by proposals dealing with sentencing and parole. Iowa’s definition of minority, according to Ford, includes women, blacks, Latinos, Asians, and people with disabilities. Ford said it was based on the idea that minority impact is just as important as financial ramifications.

“When we do a fiscal statement or a correctional statement we want to know how many people will get locked up if we build a prison, or how much money would this cost,” he said. “These are things that we’ve been doing for years.”

Ford’s efforts came after a 2007 report singling out Iowa for having the country’s most disproportionate rate of incarceration for blacks as compared to whites.

The same report shows Pennsylvania also has disproportionate incarceration rates for blacks and Hispanics – the rate for Hispanics is one of the highest in the U-S.

Since 2008, Connecticut and Oregon have joined Iowa in passing similar laws.

Ford suggests the now required minority impact statements may be one reason recent efforts to model Iowa’s self-defense law on Florida’s “stand your ground” law have been unsuccessful. And he can think of a time in Iowa when he pulled the plug on legislation only because the minority impact analysis showed him it would have the opposite of its desired effect.

The analysis notes are, at best, a check on prospective lawmaking – they don’t apply retroactively to correctional policies on the books. To that, Ford said disproportionately harmful laws can always be repealed.

PA bands with other states to check for duplicate registrations