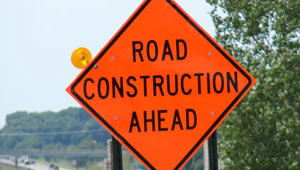 (Harrisburg) — A major construction project is set to begin today on one of the midstate’s busiest roadways.

PennDOT crews are slated to begin work on the Interstate 83 interchange with Route 581 in Lemoyne, Cumberland County.

The more than $22 million project is designed to make several safety improvements and increase traffic flow through the section of roadway referred to as the “York Split.”

The most significant changes include widening I-83 between Route 581 and Exit 40-B at New Cumberland, construction of a second lane of I-83 North at Route 581, and a longer merge lane for Route 581East traffic to I-83 South.

The project will also reconfigure I-83 exits 41-B and 42 for Highland Park and Lemoyne, respectively.

It’s scheduled for completion by the summer of 2015.

Study: PA not part of nationwide decrease in childhood obesity