RST: State gears up to deal with Alzheimer’s 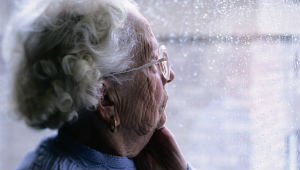 And there is no known cure.

More than five million Americans are living with Alzheimer’s Disease, including some 400,000 in Pennsylvania.

Pennsylvania has the fourth largest older adult population in the country.

The growing number of people with Alzheimer’s and the aging population mean the state will have to confront the disease head on.

That’s why Gov. Tom Corbett appointed the Pennsylvania Alzheimer’s Disease Planning Committee last winter to address needs and research trends, study existing resources, and formulate an effective response strategy to the rising number of those affected by the disease.. The panel met for the first time earlier this month and will deliver recommendations to the governor next February.

Other guests who will appear on the program are Dr. Paul Eslinger, director of the Memory and Cognitive Disorders Clinic at Penn State Hershey Medical Center and Leah Kithcart, Public Policy Coordinator, Pennsylvania Public Policy Coalition, the Alzheimer’s Association.

For the People Helping People with Alzheimer’s

Share your comments, suggestions and feedback with the PA Dept of Aging’s Alzheimer’s Disease Planning Committee:

RST: Water and fracking -- how to get info; TIME publishes new Gettysburg book