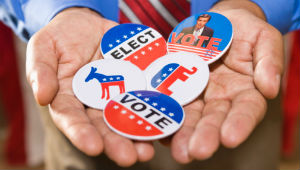 It’s the same story in many midstate counties- local primaries leave space on the ballot for write-in campaigns.

Monica Dutko is the Adam’s County director of voter registration and elections.

She estimates that as many as a third of today’s local races in the county lack candidates on the ballot.

“In the local elections we normally have more vacancies than the other elections,” Dutko explains. “Typically for borough offices or township offices if they don’t do a petition then they’ll do a write-in campaign.”

And for some offices, a candidate needs as few as 10 write-in votes.

Election officials in Lancaster and Lebanon counties say they see the same phenomenon on primary days for municipal election races.

They report voter turn has been light so far today, but the polls are still open until 8 p.m.