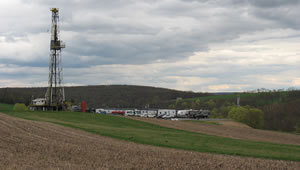 (Undated) — The increase in natural gas production in Pennsylvania is spurring one company to improve its pipeline capacity in the midstate.

Spectra Energy Corporation is seeking federal approval of the upgrades along some 33.6 miles of existing pipeline.

The buried pipeline, which has been in place for decades, is part of a larger natural gas distribution system that stretches from New England to the Gulf Coast.

Hanley says it’s not known when the Federal Energy Regulatory Commission could approve the project, but the company hopes to begin construction in the fall of next year.