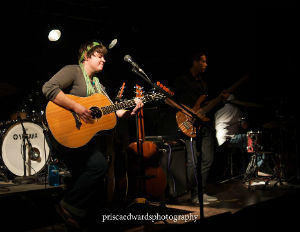 Inspired initially by some of her babysitters who played guitar, Suzi Brown of Mechanicsburg got inspired to play music around the age of ten. A few years after that, she penned her first songs and that was the beginning of Suzi’s music career, which has taken her around the Central PA area and also around the world. Her music is influenced by the likes of Indigo Girls and Joni Mitchell as well as being akin to guitarists like Andy McKee.Her guitar-playing and lyrics take folk to another place that is truly her own. Her website, www.suzibrownmusic.com has a list of her upcoming tour dates and other information.

Surviving in the Woods (or finding the people that know how)